The internet helps us translate ‘social capital’ to economic benefits 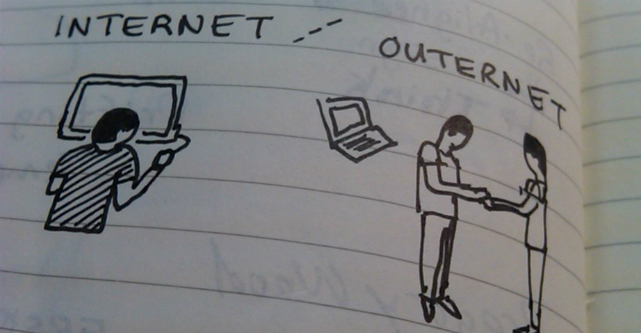 Keeping up with our social networks online helps us get what we want in the short term, but could be worse for our accumulation of “social capital” in the longer term, our research shows.

One explanation for this is that the benefits from increased online social connectivity are outweighed by the loss of face-to-face social interactions.

The idea of “social capital”, is where the use of social networks helps people achieve goals that would otherwise not be possible or would come at a higher cost. For example if you befriended someone and then they helped you move house. Online social capital is similar except it’s via the internet.

For example using your LinkedIn account to connect with potential employers while you’re looking for a job.

Social capital is difficult to measure and so far there is no consensus on how this should be done. Since trust is recognised as the most important factor in social capital, our study uses the Australian data on trust gathered from the World Values Survey in multiple waves from 1981 to 2014.

We found using the internet had a negative effect on trust and therefore on social capital in the long term. However online social capital contributes significantly to the economy.

How social capital contributes to the economy

A lot of research to date has found a positive relationship between social capital and real GDP.

Trust, a measure of social capital, can be an important factor in reducing transaction costs (especially market transaction costs) and as a result, increasing economic welfare and productivity.

Researchers Stephen Knack and Philip Keefer investigated the association between social capital and economic performance for a sample of 29 economies. They argued that countries with higher trust also have better and more efficient financial institutions, such as more dynamic share market, and a more stable banking sector.

Higher levels of trust are also likely to enhance confidence levels in the market which in turn boosts investment, vital for economic growth.

Our research didn’t find any correlation between the trust and this same kind of economic growth in Australia in both the short and long term. However, when taking into account the trust gained through internet use – online social capital, the effects on economic growth were significant.

Research shows internet transactions create economic benefits because of convenience, compared to the alternatives. The more people who use social networking online, the more people trusted those they connected with over the internet. This enhanced trust contributed to an increase in the number of internet-based transactions, as well as a reduction in transaction costs, helping to boost economic growth.

Social networking online also helped people to learn about buying and selling online which then may potentially contribute towards a significant rise in online retailing and shopping.

There are some major challenges involved in accounting for the economic and personal consequences of changes in social capital. While social capital increases as a result of using the internet, some disadvantaged individuals and groups (for example, some elderly and disabled members of the community or refugee migrants are marginalised by this). This is potentially due to the “digital divide”: the difference between those who can use the internet and those who can’t.

Disadvantaged people living in rural and remote Australia are at particular risk of being excluded from the benefits of using the internet because of a few factors such as a relatively slower internet speed.

However, apart from various other measures to reduce digital divide, internet use itself can be a potential means to narrow this divide through its positive social capital effect.