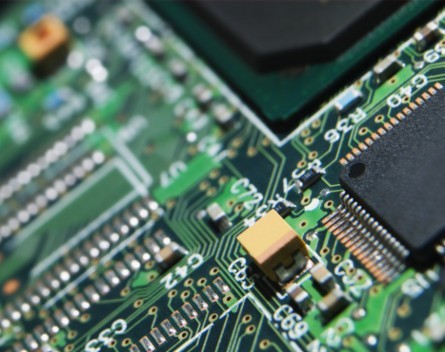 Hardware startups are still a tough nut to crack, but the consensus is they’re getting easier to launch and are now attracting the attention of investors who are traditionally wary of risks around logistics when it comes to hardware.

With Kickstarter providing access to early customers and ultimately validating the desire for a product, 3D printers allowing cheaper prototypes and online e-commerce platforms meaning direct access to markets, we’re seeing the rise of a new generation of hardware startups.

In the US, companies like fitbit, Lockitron, Jawbone, Roku and Lytro are just a handful of top companies grabbing the attention of both consumers and VCs. The Wall Street Journal recently reported that $848 million has been invested in the US into hardware startups, nearly twice the prior record of $442 million set in 2012.

In Australia we’re also seeing the trend with smart lightbulb company LIFX, connectivity device Ninja Blocks, Moore’s Cloud and its Holiday unit, and Annex Products with their mobile case offerings all emerging in the last couple of years.

While the approach and products of these companies are vastly different, there’s the general feeling that none of it would have been possible even a few years ago.

“When something’s made possible, that’s when entrepreneurs turn up,” says Ninja Blocks founder Pete Moore, in part explaining the explosion in the hardware startups.

The founder and CEO of Moore’s Cloud, Mark Pesce, says there’s no doubt that Kickstarter has become a massive part of the hardware ecosystem. While the Kickstarter campaign of Moore’s Cloud was not successful (Pesce concedes they were asking too much) it did validate their idea to investors and helped secure the funding needed from angel investors. They just received $25,000 From Launchpad and are looking at another raise.

LIFX broke Kickstarter records at the time of its campaign, raising $1.3 million in three days, with an original funding goal of $100,000. They chose to close the campaign in the first week rather than overcommit on the project. The company then went on to raise $4.6 million from angel investors in Australia and is on the radar of Silicon Valley investors.

Ninja Blocks and Annex Products have similar stories, with Kickstarter allowing them to raise capital for outlay and validating their idea. While Annex Products has chosen not to go down the investor route, Ninja Blocks raised $1 million after their Kickstarter campaign. They are now looking at another round after running another crowdfunding campaign for their new product Ninja Sphere.

The other major factor contributing to emerging hardware startups is that prototyping costs have dropped.

For Moore’s Cloud this meant getting their product to market with a capital of $100,000, something Pesce said would not have been possible a few years ago.

While 3D printing has played a part in reducing costs, most founders StartupSmart spoke to agreed that it’s not the solution it was hailed as a few years ago.

“We used to spruik the 3D kool-aid, but the reality is that 3D is great for prototyping and not much else,” Annex Products founder Rob Ward said, though he concedes that its impact has been useful to getting many startups off the ground.

Ninja Blocks 3D printed its first product from the home of one of its founders, a process they say will “never happen again”. They opted for professional industrial designers with their latest product, and are producing it through a manufacturer who runs small production lines in China.

It’s the ability to do this that has really been a game changer, says Moore. He plans on getting a run of 5,000 of its latest product Ninja Sphere, which in manufacturing terms is very small.

For Annex Products the key to their success has been the ability to sell directly to its consumers and cut out the costs of the middleman. Ward says Facebook has proven to be the best channel for them in selling their products, moving about 100 of their Quadlock cases a day.

Ninja Blocks has taken a similar approach with direct sales, and while Moore’s Cloud originally opted for direct selling, it will be pursuing retail opportunities for growth.

At the end of the day, the risk for hardware startups is still greater than their software counterparts, but it’s no longer getting products to market that is the hardest thing – there are still challenges around marketing, supply chain disruptions, postage and distribution. There is also the continual headache of providing support, a large burden for small teams.

Pesce’s advice on this one is to be honest with your customers about any issues and keep them up to date on any delays.