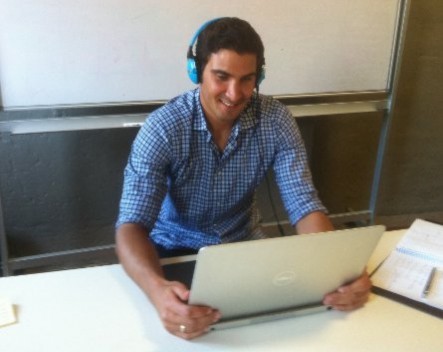 Serial entrepreneur Luke Grana says start-ups need to carefully consider the timing of when they launch their businesses after winding down his latest start-up idea because it was too early to market.

“It was a big thinking idea, and was just too early. With any business you need to time it at the right time, not too early and not too late,” Grana told StartupSmart.

His fifth business, Coachy, was designed to be a global live webcam coaching marketplace. It was part of the 2012 Pollenizer incubation program, and Grana thought the first-mover benefits would be huge.

“Coachy was a brilliant concept; however, we were too early in the market,” Grana says. “You can have a great team, idea and capital, but if timing is not with you it becomes an uphill struggle. But if you have timing on your side – everything else will fall into place.”

Grana’s fourth business was also arguably too far ahead of its time. ChargePoint was an electric car charging company.

“In 2008 there was a lot of hype about electrical vehicles from car makers, energy companies and state governments. But that plateaued,” says Grana, who sold the company to Leighton subsidiary Visionstream in 2012.

His previous three businesses were espresso bars in corporate lobbies.

“Taking my lessons learnt from ChargePoint and Coachy about timing, with my next venture I wanted to think of a problem that needed solving now, not in the future,” Grana says. “I wanted to be able to sell from day one [something] that wasn’t a future business idea but a current one.”

He says being aware of broader technology, government and social trends is critical for the success of start-ups.

“For this idea, there is a large trend for consumers to buy online that’s already happening. There is a stronger postal infrastructure that wasn’t there five years ago, and there are new marketing channels,” Grana says.

“There is a strong push for social media aspect and that’s give us more of a chance to find customers, and that’s why the timing is good for fashion businesses.”

While competition will be stronger for this idea than his earlier ones, he says the variety of online fashion competitors is actually an opportunity.

“If your idea is brand new, you’ll be working with a lot of assumptions,” Grana says. “We’re looking at companies in the same space that are succeeding, or failed in the past and learning from their mistakes and successes.”

The online store will launch later this year.