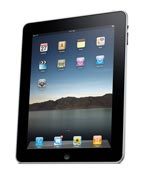 A flurry of recent activity in the exploding tablet market has raised the prospect of a much greater choice of tools for small businesses.

Telstra has announced that it will launch its own tablet, dubbed the ‘T-Touch Tab’, in November. The device will run Google’s Android operating system. Another seven-inch tablet, the Blackberry Playbook, is set to arrive in Australia in the second quarter of 2011, running the QNX operating system.

While the number of tablets on the market is set to multiply over the coming months, it’s still uncertain whether the format is suitable for small businesses.

The market has been led by Apple’s iPad, which is an unashamedly consumer proposition. Although RIM, developers of the BlackBerry, has claimed that the PlayBook will be a business-friendly device, details on tools and connectivity that would excite start-ups have been lacking.

So are tablets, as a genre, useful for small firms? Joseph Hanlon, associate editor at CNET Australia, sees potential.

“Primarily, tablets are excellent display devices,” he explains. “In certain small business situations I can imagine where the screen size would be advantageous, like a real estate agent showing property to a client, or a graphic designer carrying a tablet as an interactive portfolio.”

“Where tablets struggle is as input devices. Most people will find it more difficult to use the onscreen keyboard rather than a traditional notebook keyboard. But where input is a secondary concern and display is the priority, a tablet would be well suited to a small business.”

Although they’re not in a position to replace existing IT technology, tablets can handle the business basics, as Hanlon explains: “One of the strengths of tablets is how the form factor lends itself to information consumption, so you can imagine how someone might find it easier to do certain everyday work chores on a tablet – sorting through your email inbox for example, or catching up with RSS feeds.”

Nick Broughall, editor of Gizmodo, adds: “A lot of businesses can integrate tablets into their operations – such as restaurants using them instead of menus, for example.”

“Tablets have instant power up times and simple but powerful apps. Not a lot of people have concentrated on how businesses can use them, but there’s a huge potential there. If you look at how fantastic smartphones have been for small businesses, it makes sense that tablets will be next.”

There are several current and upcoming tablet options for start-ups to ponder.

The iPad is the tablet market pioneer and currently, aside from the Dell Streak, the only option for small businesses that want a tablet straight away. There are undoubted advantages to the iPad – it’s a fantastic eReader, giving businesses high-quality access to an array of publications. It’s a great presentation tool and it has its own version of iWork, Apple’s business suite on the Mac.

That said, the iPad was not made with businesses in mind. The device lacks several features needed by businesses and Apple’s closed operating system means that business-focus apps have yet to become widely available.

“The iPad doesn’t rate that well for businesses,” says Broughall. “It had issues with multitasking – you could not do more than one thing at once, such as flick between an email and a website.”

“They’ve fixed that now and the iPad is due for un upgraded version in the second quarter next year. They will probably factor in the concerns businesses have had. But we are still waiting for developers to create key apps for businesses. Plus, you need another computer to activate it via iTunes, so it’s not as if it will ever replace PCs or laptops at small businesses.”

The seven-inch Galaxy tablet is set to roll out by the end of the year. One of its main points of difference is that, unlike the iPad, is will be able to be used as a phone.

It’s questionable whether you will want to hold seven inches of metal next to your face to make a call, but that’s probably why headphones will be included. Samsung will allow you to combine your mobile SIM card with the tablet, meaning that users can have one account and one number.

The Galaxy will have front and rear cameras, which could be used for conferencing and will run on the Android platform, giving greater initial opportunity for business-focused apps.

Industry commentators are particularly excited about the launch of the HP Slate next year. It marks the entry of Microsoft into the market via its Windows 7 operating system. HP and Microsoft were actually the first to look seriously at the tablet market back in 2001, only to be eclipsed by Apple.

The HP Slate has a smaller screen and shorter battery life than Apple, but, on the plus side, the interface has had glowing reviews from reviewers and the operating system is the same one that has worked so well for businesses on smartphones.

The PlayBook, due in Australia at the start of next year, is the first tablet to be pitched to the previously neglected business market. Developers RIM have dominated the smartphone business market with the BlackBerry and could do the same with the PlayBook. However, the device, like the iPad, will lack a Qwerty keyboard – a major drawback for some business users.

Aside from that, details are scarce, although the dual-core processor and 1GB of RAM should make it the most powerful tablet on the market when it launches.

“More important to business is the design of the operating platform,” says Hanlon. “This system will allow for two logins for the tablet, one business and one personal, and can be set to lock a user out of business applications if their credentials expire.”

“Interestingly, a user will still be able to use ‘consumer’ or personal applications, like games or the web browser, even if they are locked out of sensitive corporate services and tools.”

Launching next month, Telstra’s T-Touch will run on the Android operating system. Details on the device are scarce, although it’s likely to fit the seven-inch mould that is set to define the mushrooming tablet market.

Telstra aren’t the only ones to make a move on the tablet market. Toshiba is due to roll out a 10-inch tablet, also on the Android operating system, while HTC and Nokia are set to follow suit.

Prices will inevitably come down, although the current tags may put off a few small firms. Samsung has said that its Galaxy will cost $1,000, although other devices look likely to settle around the $600 mark next year. Businesses may have to strike deals with suppliers for multiple devices in order to get good deals.

Hanlon says: “A fair comparison to make would be to compare a netbook computer to a tablet. Both feature similar screen sizes, low power processors and are suited for simple tasks.”

“Typically a netbook costs about $400, while the cheapest iPad costs $649, and the Samsung tablet will cost $999. A cash-strapped entrepreneur would need to have a specific task in mind for a tablet to justify the cost, I think.”