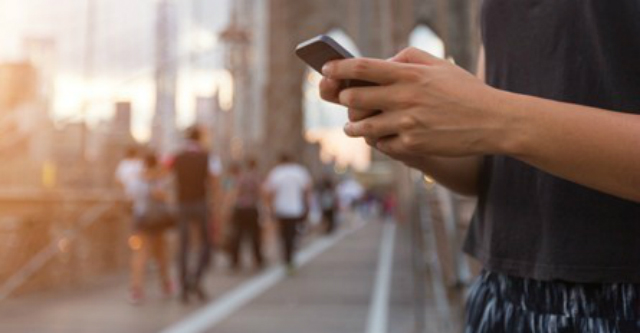 2016 has been a big year for tech. We’ve seen advancements across the board, from virtual reality to wearables, and there have even been pizzas delivered by drones.

In 2017, many experts are predicting big movements in financial technology and the Internet of Things, and many SMEs are in a prime position to benefit from these trends.

Here are four major tech trends business owners can expect to see shaking up the game in the next 12 months.

2016 has been a year of significant data breaches, with 1.3 million Australians affected by a Red Cross data leak in October, and details of 1 billion Yahoo user accounts surfacing following a 2012 hack.

Cyber security has also been top of mind for the Australian Government, which introduced its official Cyber Security Strategy earlier this year.

The government’s Cyber Security Growth Centre will be up and running in early 2017.

“It seems that ransomware continues to trend upwards and affects many businesses that least expect it,” McKinnon told SmartCompany.

“Despite that many of the risks of disruption from this type of attack can be minimised, there are many businesses still not preparing their IT systems to cope.”

“The simple fact remains for those in the know: a business with a solid backup and disaster recovery regime in place should never need to pay a ransom demand from a ransomware attack,” McKinnon says.

“Of course, all the victim stories we hear are from those not prepared—don’t be one of them in 2017.”

As for the rest of 2017, McKinnon believes more attention is needed when it comes to cloud computing and security, with many businesses now making the switch to cloud solutions to save money and space.

“As businesses tend to use multiple cloud-based providers there are lots of integration and data transfer mechanisms that aren’t always properly understood. Or worse, they have been configured poorly, allowing unauthorised access to critical data,” he says.

A solution, he says, relies on businesses gaining a better understanding of the platforms they use from a security context. McKinnon also calls for more “pragmatic” cybersecurity when it comes to businesses of all sizes.

“Businesses everywhere are waking up to the reality that implementing good security requires hard work, expert advice, and dedication to achieve,” he says.

“I suspect we’ll be seeing more pragmatic security in the new year, backed up by policy frameworks that promote concrete action and technical diligence rather than the appearance of being secure.”

2. The rise of fintech

Many SmartCompany and StartupSmart readers will already be aware of the growing prominence of financial technology or fintech, with the top two positions in 2016’s Smart50 Awards going to fintech providers.

The same trends is being witnesses around the world, with governments acting to introduce regulatory sandboxes and advisory councils to keep up with the blossoming industry.

The Australian Securities and Investments Commission recently introduced a “world first” licensing exemption for fintech startups, which will allow them to test innovative services and products for a period of time without an Australian financial services or credit licence.

Danielle Szetho, chief executive at FinTech Australia, told SmartCompany the emergence regulatory sandboxes for fintech startups in a number of regions will allow these companies to “facilitate innovation whilst still keeping a decent level of oversight and management”.

“We’ve seen sandboxes kick off in the UK, Singapore, here in Australia, and even in places like Abu Dhabi. This is a great trend that shows regulators are ready to embrace a collaborative but also a prudent approach to fintech innovation and regulation,” Szetho says.

In 2017, Szetho believes Australians will receive even more choices when it comes to financial products, as regulators are looking to allow more competition into the banking sector.

“A major trend that I think extends from both is the move by regulators now toward promoting increased competition from challenger banks,” she says.

“Both the UK and US regulators, and government here in Australia, have strongly indicated they want to make it easier for challenger banks to get their licenses and give the big guys a bit more of a run for their money, and give consumers more options to choose from.”

Szetho says small business lenders have “exploded” in Australia and other parts of the world, but there’s still “plenty of growth left” in the segment. However, Szetho warns quick growth can also increase the risk of unscrupulous operators.

“Because [the sector’s] grown so quickly and is largely unregulated, there’s now a risk that some less scrupulous operators are starting to step into the market,” she says.

3. The Internet of Things continues to evolve

The Internet of Things (IoT) is one area of tech it’s likely you don’t even realise you’re using.

Your phone, laptop, smartwatch, Bluetooth headset, and modem all incorporate elements of this internet working industry, and more and more devices are getting hooked up to the net every day.

Simply put, the IoT refers to objects that are embedded with connectivity software and hardware, which allows them to communicate with other devices, users, and manufacturers.

“Smart” devices are quickly becoming the norm for new products coming into the market, and with people everywhere being constantly connected, it’s about time our “things” became connected too.

Over 2016, IoT devices have continued to be integrated into various facets of businesses, with one Sydney real estate company even using the tech in their reception.

However, one expert believes consumer level IoT products are “fading”, instead heralding 2017 as the year of smart cities and multi-industry interactivity.

Renald Gallis, a founding director of business focused IoT company Thinxtra says the prominence of “Fitbit like devices” has lessened over 2016.

He believes interoperability is key for the future of the industry.

“Interoperability between the different IoT solutions is key for success, especially for smart cities. The days of silos are gone, for smart lighting, smart parking, and waste management,” Gallis told SmartCompany.

“All applications will be connected on one common platform and provide open data sets for stronger analytics and apps to benefits the citizens and businesses.”

Gallis also believes interactivity between cutting edge disruptive technologies will become commonplace over 2017, with the “birth” of solutions incorporating tech such as drones, virtual reality, and big data.

For SMEs wanting to incorporate IoT tech in their businesses, Gallis says most functionality surrounds customised projects, rather than widespread mainstream solutions.

“[Usage for SMEs] comes with lower costs, higher skills in the workforce in this field, and standardisation. I think we will only see mass adoption at this level in 2018,” Gallis says.

“I think we are at that early stage in IoT where we work on major fully customised projects but we haven’t reached yet the level of mainstream standard solutions to be simply used by any small business.”

Gallis likens the current state of IoT tech to “Linux OS with customised desktop computers”: customisable, functional, but difficult to use widely.

He believes the industry is evolving towards an “iPhone 8”, encompassing a high level of functionality and simplicity for anyone to use.

This developing area of tech is definitely one for SMEs to keep their eyes on, and Gallis says disruption is assuredly coming.

“By 2020, I expect IoT products and services to be at their boom days,” he says.

Although smartphone apps have been commonplace for years, 2017 is forecast to be another massive year for apps everywhere—in phones, wearables, smart cars and even smart homes.

Technology research firm Gartner predicts a whopping 268 billion downloads of apps over the next 12 months, creating upwards of $US77 billion ($106 billion) in revenue.

SME owners are looking to get a slice of that revenue too, with a survey by B2B company Clutch early this year found almost half of US SMEs are looking to develop an app for their business by 2017, or already have one.

The three main reasons for building an app among the survey respondents were increased sales, better customer experience, and a desire to be more competitive.

“2016 broke some impressive grounds for location-based app services, and 2017 will certainly take these new discoveries to new levels,” Gazdecki wrote in a blog post earlier this month.

“Location-based services will allow business to offer customers real-time deals based on their location alone.”

Location features are already being added to some apps commonly used by small businesses, with a new feature in Facebook’s app allowing users to find free Wi-Fi hosted by businesses in their vicinity.

Gazdecki predicts artificial intelligence and machine learning could start to play a big part in app development and identifies mobile commerce as the likely place for first integration, with “apps that shop for you based on what you like”.

“Imagine your personal tutor and personal shopper, right on your phone,” he says.

For businesses still on the fence, here are five reasons why your business needs its own app.