Turning a mobile app into a wearable one: Pocketbook shares their first forays with Google Glass 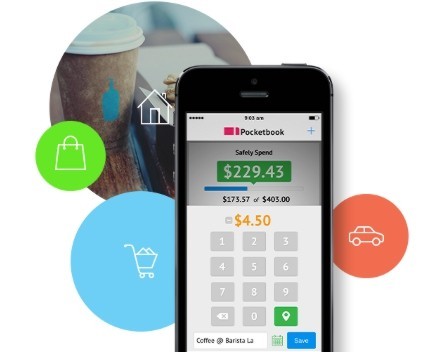 We hear a lot about apps created specifically for Google Glass. But if Google has its way, the wearable smart glasses could become the main platform for apps one day.

Personal finance management app Pocketbook doesn’t want to get left behind, so its two founders obtained a Glass device a month ago and began to explore what they would need to do create a good experience for users.

Cofounder Bosco Tan told StartupSmart the impact Glass could have if it became the main way of consuming apps would be huge, but it’s still hard to imagine.

“It’s like asking web developers from a view years ago about the impact of mobile. It’s big, and they’re just grappling with it now.”

Tan says the biggest breakthrough for lifestyle apps like theirs can be integrated seamlessly into their user’s lives.

“It’s hard to conceive, but in broad strokes, apps and app developers will be in context with Glass. Your app can kick in without people even expressing or releasing they need it, so you could be more proactive.”

Pocketbook released the Android edition of their app recently. Tan says they can use the base code within it to create a glass app.

“A lot of the information is already accessible, we just need to rework how it appears and is used,” Tan says, adding they’re looking at other public data they could weave into the app to tap into the locational opportunities of wearables.

Pocketbook recently signed up their 50,000 user. They also took out the prize for Best New Startup at the 2014 StartupSmart awards, sponsored by DFK Australia New Zealand.