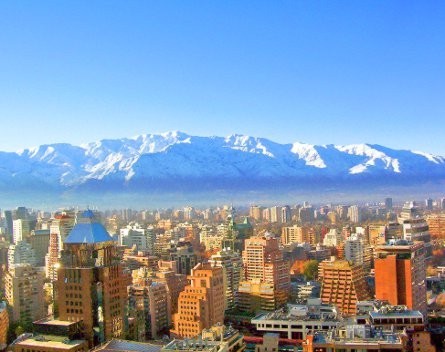 A rental car insurance start-up and a downloadable keyboard replacement app for smartphones have been accepted into international accelerator program Start-up Chile.

The two Australian companies are part of the program’s eighth cohort of 85 start-ups that were selected from over 1,500 applications.

Tripcover chief executive Desmond Sherlock, who co-founded the business with brother Steve, told StartupSmart that they must have been selected because they’re disruptive.

“But we’re disrupting the industry. The car insurance companies are very unhappy with what we’re doing because we’re undercutting them by heaps, and they’re really annoyed about that.”

The funding will enable the Sherlocks to rapidly scale by launching an office in Chile to focus on the Latin American market and developing their API (code that integrates their offering within other businesses websites and offerings).

“We’ve been doing it for nearly two years, and we haven’t got any funding and we don’t do much marketing. But we’re selling 400 policies a month, and it’s doubling every two months so it’s starting to take off,” Sherlock says. “I haven’t been paying myself much and haven’t really been pushing, but now we’ve got a grant behind us we can start really going for it.”

Sherlock adds that their track record and previous start-up experiences have shaped their approach to their latest project.

“We’re approaching this as low key and practical, whereas before we had a start-up and we tried sexy, and built a bit of buzz and got a lot of funding, but it burned out,” he says.

Start-up Chile is a Chilean government initiative, with the 85 start-ups to receive access to mentoring networks, office space, a one-year visa to develop their project in the intensive accelerator process in Chile and US$40,000 of equity-free seed capital.

John Lambie, founder of the downloadable keyboard start-up Dextr, told StartupSmart setting up an office in Chile was an obvious step for his start-up, which will be targeting the emerging middle class in the developing world.

“I’m not sure if I’ll relocate permanently to Chile, but this is probably a business where I will need to relocate out of Australia,” he says. “This product is for the developing world, so Chile is a great spot because Latin America is a sweet spot for this kind of product.”

“It’s a faster, simpler text phone entry system for the forgotten five billion. Very few people are as fortunate as us Australians to have grown up surrounded by luxury and devices. They’ve got one piece of tech kit if you go Nigeria, Brazil and Indonesia – it’s a hand phone,” Lambie says, adding the Qwerty keyboard has a learning curve of months or even years.

Lambie says seed capital will improve his ability to start meeting and driving demand, as he’ll have a foothold in Latin America and easier access to over 500 million target customers on the South American continent.

“I’ve been mostly bootstrapping with a little bit of funding, and milking the AusTrade rebates for all they’re worth. I’ll be looking to start building up a B2B (business to business) sales force team and an internal tech team,” he says.