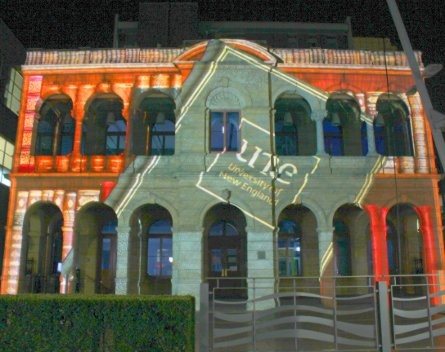 Student entrepreneurship is expected to be a key focus of Future Campus, a new high-tech student support centre launched today by the University of New England in Parramatta, NSW.

Future Campus is designed to support the nearly 2,000 UNE students living and studying in western Sydney, who aren’t always able to travel to the university’s main campus in Armidale.

The centre, which is partly funded by the Federal Government through its Structural Adjustment Fund, has been described as a technology-enabled learning innovation hub.

Featuring teleconferencing and telepresence technology, students will be able to participate in lectures, tutorials and study groups being conducted at the Armidale campus or other locations around the world.

Future Campus general manager James Bell told StartupSmart it is one of the most technologically advanced student centres not only within the university but within Australia.

According to Bell, this bodes well for budding entrepreneurs.

“The technology is there as a medium for students to communicate and collaborate, not just with others on or around campus but certainly around the world,” he says.

“That will foster entrepreneurship – that’s something that we want to occur.”

Above: Vice-Chancellor Jim Barber with his students.

According to UNE Vice-Chancellor Jim Barber (pictured above), the Parramatta pilot will be the model for other Future Campus centres to be rolled out across Australia, with a second centre set to open in Tamworth in 2014.

“We have a long history of pioneering distance education that began in the 1950s with Australia’s first distance learning courses,” Barber said in a statement.

“Now technology has allowed us to remove the ‘distance’ from education and bring face-to-face online learning to people in the areas in which they live.

“With increasing numbers of people looking to study later in life, they need to know there are support facilities available that will allow them to juggle lifestyle commitments such as work and family. They also benefit from close personal support from staff.

“The Future Campus is proof of our commitment to making it easier for people of all walks of life to access quality tertiary education.”

Lord Mayor John Chedid said in a statement the city is fortunate to now have two leading universities, referring to the Parramatta campus of the University of Western Sydney.

“The establishment of the UNE Future Campus is an opportunity for everyone to experience a new generation of distance learning through the use of cutting-edge technology,” Chedid said.