US tech stocks drop: Are we heading towards another tech wreck? 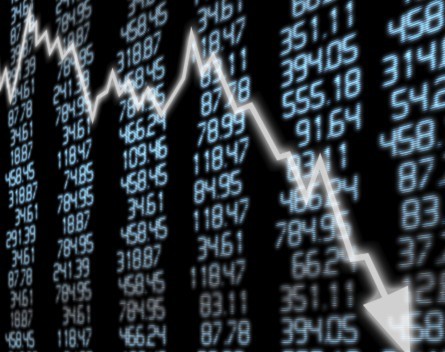 Late last week, a number of major US tech stocks including LinkedIn, Twitter, Facebook and Netflix witnessed significant falls in their share price of over 5%, prompting some to speculate another ‘90s style tech wreck could be on the cards.

In the case of Netflix, the falls came in the same week as a number of senior executives and company directors bought shares in the company, suggesting a difference in sentiment between the company’s management and the broader market.

When company directors or executives purchase or sell shares in their own company in the US, they are required to file a Section 16 Form 4 document with the US Securities and Exchanges commission.

In its most recent annual report, filed in February 2014, Netflix acknowledges its stock is inherently volatile.

“The price at which our common stock has traded has fluctuated significantly. The price may continue to be volatile due to a number of factors … some of which are beyond our control.”

Aside from operating results, analysts’ forecasts and results from competitors, the company identifies a number of factors responsible for its volatility.

“Announcements of developments affecting our business, systems or expansion plans by us or others; competition, including the introduction of new competitors, their pricing strategies and services; market volatility in general; the level of demand for our stock, including the amount of short interest in our stock.”

While the share price for Netflix could have been adversely affected by a competitor, Amazon, announcing a new video on demand set-top-box system called Fire TV, this doesn’t explain why both companies saw their share price fall last week.

According to industry analyst Paul Wallbank, the falls are explained by looking at the high price earnings ratios the stocks, which are predominantly focused on the largely speculative social media companies.

The price earnings ratio of a stock is defined by its current market price divided by its annual earnings per share.

“There was an expectation of big numbers for LinkedIn and Twitter, and those companies will struggle to meet expectations.”

Wallbank points out that the price earnings ratios of Facebook currently stands at 92.88, Netflix at 182.23 and LinkedIn at 743.63. These figures stand in stark contrast to more mature, established tech stocks.

“Mature tech stocks – such as Apple, Google or Microsoft – are at [a price earnings ratio of] around 30, and these are incredibly profitable stocks.”

According to Wallbank, the high price means the market had anticipated LinkedIn’s earnings would need to be 26 times larger in order to achieve the same price earnings ratio as Google – a feat it is unlikely to accomplish in the near term.