Want to build your own robot? Here’s how to get started 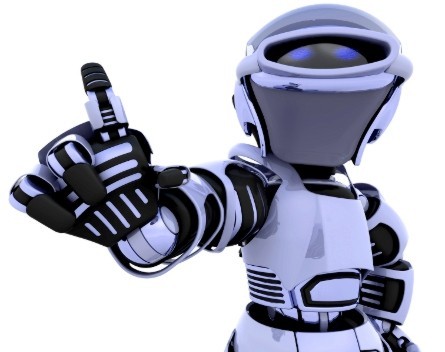 Have you ever dreamed of building or owning a real-life robot? If so, there’s an upcoming event you really need to check out.

On July 26, NodeBots Day robot-building events have been organised for cities around the world, including in Melbourne, Sydney and Brisbane. Admission prices range from $20 for basic admission through to $100, which includes a full SimpleBot robotics starter kit.

The events will bring together robot makers working with Arduinos, Rasberry Pis, NodeCopters and other devices.

Melbourne event organiser Andrew Fraser told StartupSmart the Internet of Things has led a growing number of software coders and web developers to pursue their interest in robotics.

“The skill levels are pretty varied – some come with no experience, especially web developers, while others are experienced robotics engineers. We want to accommodate for everyone,” Fraser says.

“Web people have a good set of skills around user experience design and building things with a human interface. When you apply that to the real world, you have a good skill set to build on.”

An added advantage for web developers, Fraser explains, is that many devices can be controlled using open web technologies.

“NodeBot Day is an international event started as a spinoff of JSConf, where people spontaneously decided to build robots with Javascript,” he says.

“It started in July of last year with an event in Sydney. We ran a few events in the back half of last year in other cities, then an international event on July 26th, with every continent represented.”

Robot building as a hobby has boomed in recent years, Fraser explains, as the cost of equipment has plummeted.

“Part of why NodeBot Day has taken off is because robotics used to be a high-end thing – many people in the field had post-grad degrees and high-end equipment. The entry level robots used to cost $12,000 to $15,000,” he says.

“The move towards more open Arduino hardware is driving down the cost of this hardware, to the point there are now basic kits available for less than $100 in some cases.”

Fraser acknowledges there are similarities to the early days of the home computer revolution, when Steve Jobs and Steve Wozniak built the first Apple computer in a garage. However, he says the growth of social media means you don’t need to have everyone collocated in the one place.

“We have access to the sorts of technologies that are equivalent to what [Jobs and Wozniak] had, but it’s now entirely feasible to have a developer in Brazil who could collaborate with an engineer in Sydney and a designer in London.”

“Of course, there’s a lot more socialisation for people [at an event like NodeBot Day] than there is hacking away at it in their living rooms.”