What went wrong with two of Google’s big moonshot bets 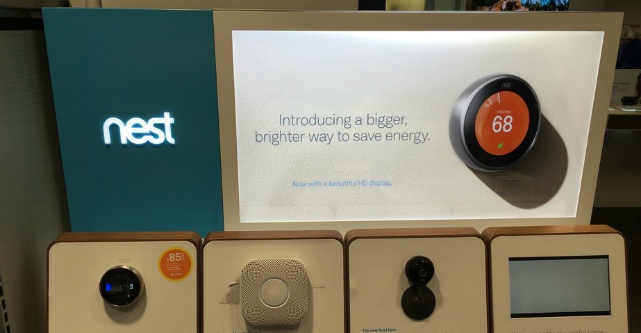 In the reorganisation of Google into Alphabet, a group of companies that represented the “moon shot” or “other bets” were cemented as separate entities that would have to either fail or succeed on their own merits.

Recent reports of at least two of these entities, Verily and Nest, suggest that they are actually finding it hard to succeed, and for very similar reasons.

Verily was the former Life Sciences Division of Google which promised to develop a Star Trek-like “Ticorder” that would be able to detect cancer, a contact lens that would monitor the body’s sugar levels and an ambitious project called “Baseline” that would establish large scale data collection from 10,000 volunteers.

All of these projects have been described as everything from “flawed” to “science fantasy”.

Nothing has been delivered as yet, and it is unlikely that projects like the glucose-monitoring contact lens will ever work. Apart from anything else, there is a lack of evidence that glucose levels in tears tracks blood glucose levels in any meaningful way.

The most significant problem with Verily however may rest with its CEO, the biologist Andrew Conrad. His leadership has been characterised as fickle and divisive and is thought to be the main reason behind the stream of departures of senior scientists and engineers from the company.

Problems with the CEO appear to also be one of the main reasons behind Alphabet’s other “other bet”, Nest’s, fall from grace. In this case, Google may have intervened as Nest CEO Tony Fadell announced that he was leaving the company last week.

Nest was the smart home gadget company that Google bought for $US3.2 billion in 2014 that was going to make smart homes a reality but so far has only managed to produce a smart thermostat, smart smoke detector and a camera. The latter device was actually a re-branded product from the company Dropcam, that Google and Nest acquired for US $555 million.

As with the case of Verily, Nest’s dysfunction and lack of progress in making the “smart home” a reality has been put down to the poor management and leadership of CEO Fadell.

The integration of Dropcam into Nest did not go well with Fadell fighting with Greg Duffy, Dropcam’s former CEO. This came to a head with Duffy, having left Nest, posted an attack on Nest’s “leadership” and in particular, Fadell, for having criticised the quality of employees that he had inherited from Dropcam. Fadell had allegedly stated that after the Dropcam acquisition, “a lot of the employees were not as good as we hoped”.

Both Fadell and Conrad have taken on the personas of the stereotypical Silicon Valley CEO that seems to be mandatory for the job at the moment.

Visionary, aggressive, demanding, and with a healthy disregard for emotional empathy, these CEOs are inventing and creating the future so fast that they rail at having to bring people who slow them down along with them.

Unfortunately, some of these people are regulators as another similar (non-Google) Silicon Valley CEO, Elizabeth Holmes has found to her cost as she now faces criminal investigation for misleading investors over the ability of her company, Theranos’ technology, to analyse blood using a small drop of blood from a finger prick.

The behaviour of tech CEOs is likely a result of the intense competition for funding that has driven the latest tech boom. The current company valuations that define the so-called “unicorns” has set up an expectation that their products will not just meet a practical need, but radically alter society in some way that will drive enormous, but undetermined, future revenues.

Google (Alphabet) will remain largely unaffected, but presumably disappointed, by the turmoil and lack of progress at Nest and Verily. Teams within Google have already started largely ignoring Nest, producing the “Google Home” device which effectively competes against Nest’s Revolv hub that it had purchased for an undisclosed amount.

The classification of these companies as “bets” suggest that Alphabet always considered failure as a strong possibility.

To an outsider, it seems an extraordinary amount of money to spend on a “bet”, but then both Google and Microsoft were willing to effectively write down large portions of the $US19.7 billion that they collectively spent on buying Motorola’s and Nokia’s mobile businesses. Not only did these moves not generate any new value, they effectively caused the loss of thousands of jobs worldwide.

For potential internal and external critics of Alphabet, there is always the threat (jokingly) articulated by Google’s founder Sergey Brin at an internal meeting:

The irony of this is that Boston Dynamics was another Google purchase that it is now trying to sell. Another bet they seemed to have lost.