What’s wrong with the internet and do we need to fix it? 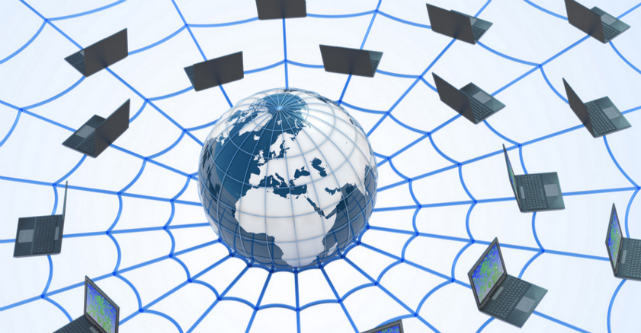 More than 20 years after the first web server started bringing the internet into our lives, a recent conference in San Francisco brought together some of its creators to discuss its future.

The general tone of the conference is probably best summed up by the Electronic Frontiers Foundation’s Cory Doctorow:

In the last twenty years, we’ve managed to nearly ruin one of the most functional distributed systems ever created: today’s Web.

This might seem like a surprising statement. To many of us, the web has become an indispensable part of modern life. It’s the portal through which we get news and entertainment, stay in touch with family and friends, and gain ready access to more information than any human being has ever had. The web today is probably more useful and accessible to more people than it has ever been.

Yet for people such as Sir Tim Berners-Lee, the inventor of the world wide web, and Vinton Cerf who is often referred to as one of the “fathers of the internet”, Doctorow’s comment cuts right to the heart of the problem. The internet has not evolved in the way they had envisioned.

Their main concern is that the internet – and the information on it – has become increasingly centralised and controlled.

In the early days of the web, people who wanted to publish online would run their own web servers on their own computers. This required a reasonably good understanding of the technology, but meant that information was distributed across the internet.

As the web grew, companies that took the technical hurdles out of web publishing were established. With Flickr, for example, a photographer can easily upload his or her photos to the internet and share them with other people.

YouTube did the same thing for video, while tools such as WordPress made it easy for anyone to write blogs.

Social media in particular has made it easy for everyone to get online. The period in which these services really took off is generally referred to as web 2.0.

But along with this development of easy-to-use publishing technologies came a centralisation of the internet, and with that, the loss of some of the internet’s potential.

Proponents of the decentralised web argue that there are three main problems with the web today: openness and accessibility; censorship and privacy; and archiving of information.

Openness and accessibility refers to the tendency of centralisation to lock people into a particular service. So, for example, if you use Apple’s iCloud to store your photos, it’s difficult to give someone access to those photos if they have a Microsoft OneDrive account, because the accounts don’t talk to each other.

The second issue – censorship and privacy – is a deep concern for people like Doctorow and Berners-Lee. Centralised web services make it relatively easy for internet use to be monitored by governments or companies. For example, social media companies make money by trading on the value of personal information.

As we use social media, fitness trackers and health apps to document our lives, we generate a lot of personal data. We freely give this personal data to social media companies by agreeing to their terms of service when we create our accounts.

The third issue with today’s web is that it is ephemeral; information changes and websites go offline all the time, and very little is retained or archived. Vinton Cerf has referred to this as the “digital dark age” because when historians look back at this point in history, much of the material on the internet won’t exist anymore – there will be no historical record.

A good example of this loss of history occurred when GeoCities, which hosted millions of web pages created by individuals, was first bought out by Yahoo and then discontinued.

The technologies to support a more decentralised web are already being developed, and are based upon some you are probably already familiar with.

One of the key technologies to support a decentralised web is peer-to-peer networking (or more simply, P2P). You might be familiar with this concept already, as it’s the technology behind BitTorrent – the software used by millions of Australians to illegally download new episodes of Game of Thrones.

On P2P networks, information is distributed across thousands or millions of computers rather than residing on a single server. Because the contents of the files or website are distributed and decentralised, it’s much more difficult to take the site offline unless you own of the files.

It also means that information uploaded to these networks can be retained, creating archives of old information. There are already organisations such as MaidSafe and FreeNet who are creating these P2P networks.

Other technologies, such as encryption and something called blockchain, provide levels of security that make transactions on these networks extremely difficult to track, and very robust.

Together these technologies could protect the privacy of internet users and would make censorship very difficult to enforce. It could also allow people to securely pay creators for online content without the need to an intermediary.

For example, a musician could make a song available online and people could pay the artist directly to listen to it, without the need for a recording company or online music service.

But do we need it?

Perhaps the biggest question with decentralising the web is whether it is actually something most people want or value. While archiving some parts of the internet is clearly valuable, there is probably a lot on the internet that can safely be forgotten, and some things that should be.

The technology itself is a hurdle to adoption. Peer-to-peer and blockchain technology are clever, but they are also complex. If decentralised web technologies are going to be widely used, they need to be easy to install and operate.

This isn’t an insurmountable problem, though. In the early 1990s, installing the software to get the internet working on your computer required substantial technical knowledge. Today it’s simple, and that’s one of the main reasons the internet took off.

Beyond the technical challenges, there are other social concerns that are potentially more substantial. Recently Facebook’s live streaming facility has raised questions about the level of control that should be exercised over internet media.

At the end of the day, it may be that the decentralised web is ready for us, but we’re not yet ready for it.