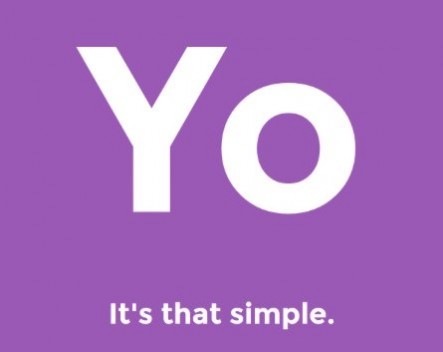 It’s an app that could highlight the genius of simplicity or the stupidity of a generation. Yo is a smartphone app that allows you to contact friends with one word – yo.

The app launched on April 1 (no yoke) but has become something of an (we’re going to say it) internet sensation, even featuring in the Financial Times.

It gets worse/better with news that Yo has received some $1 million in funding from high profile investors.

Of course it’s run by a CEYO who has described it as “Twitter without tweets, Poke without the Facebook, Snapchat without the sexting risk.”

just setting up my Yo

But, what does it all mean?

Yelling into a noisy, crowded abyss—grasping for meaning. Yearning for a feeling, anything. #Yo

I used to have trouble talking to girls, but with #Yo app, that’s not a problem. I know how to say all the right things.