Why Apple iPhone lovers are wrong: Android fragmentation is overstated 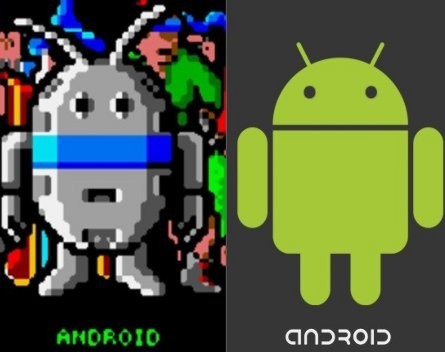 Android fragmentation. It’s one of the great tech myths of our age – and for Apple, it’s a very lucrative one.

According to this tech ghost story, while Android has a far higher marketshare than Apple, it is also horribly fragmented. You have to develop for many different versions and many different devices. Why, you might even need 1000 different handsets to test them all, the scaremongers say.

You’ll be urged to develop for Apple iPhone first. “Sure, the market penetration for the iPhone is far lower, but there are far fewer versions to worry about,” the iMac-loving say.

Well, Old Taskmaster says you should tell them to quit complaining and get coding on Android first! Here’s why.

Like any good ghost story, there’s a grain of truth to it. In April of last year, fragmentation was quite a problem on Android. The latest version of Android (4.0 Ice Cream Sandwich) ran on just 2.4% of Android devices. This compared to 63.2% running the outdated Android 2.3 Gingerbread and 32.1% on its predecessor, Android 2.2 Froyo.

However, even then, Android was far less fragmented than the range of devices, browsers, operating systems and screen sizes most websites run on. And the Windows PC ecosystem is far more fragmented than Apple’s Macintosh platform, yet it still dominates the software market.

Of course, a lot has changed in the past year. Owing to the popularity of newer handsets, Android 4.x runs on 63% of all Android smartphones.

But what about the number of different companies making Android phones? Surely the one-button mouse loyalists have a point here?

The answer is no. Android represents 80% of the worldwide smartphone market. In turn, Samsung represents 30.4% of the overall market and 39.1% of the Android market, shipping 73.3 million smartphones a quarter.

Apple is far weaker, with just 31.2 million units per quarter and just 13.2% of the market.

The simple objective truth is that there are far more Samsung smartphones out there running Android than there are Apple iPhones. Forget the rest of the Android ecosystem for a moment – as long as your app works well with Samsung’s smartphones, you have a larger potential target audience than you do if you write an iPhone app.

In other words, as long as your app works well with stock Android 4.x and as long as it works well with the proprietary TouchWiz interface Samsung load on their devices, you have a far larger potential market than you ever would coding for the iPhone. Any devices beyond that is extra gravy.

If one of the smaller Android vendors – a ZTE or a Huawei – load some proprietary gunk that breaks your app, that’s ultimately their problem rather than yours.

So are you looking to develop a mobile app?

Forget about the fragmentation bogeyman. Don’t be scared off by the prospect of needing 100 different Android handsets.

Instead, make sure you have a good stock Android phone – such as the Nexus 4 – to test your app against. Make sure you also have a recent Samsung – perhaps a Galaxy S4. Maybe get a tablet too while you’re at it. When you code your app, make sure it works well against these devices.

Then get your app into Google Play and profit.