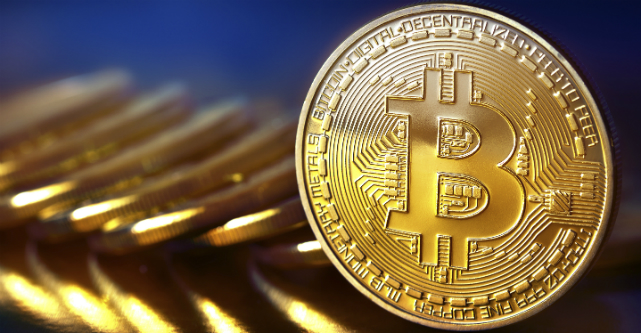 Virtual currency bitcoin is much-maligned, partly due to its shady history and its treatment as a trading commodity.

However, with the dismantling of Silk Road and the collapse of Mt Gox, bitcoin is no longer a mere play thing for drug dealers and fantasy gamers.

It has real potential as a means to conduct seamless and secure online transactions. Its role as a key player in our fintech future should be assured.

But in order to achieve this status, its price needs to stop fluctuating so wildly. The main cause of the bitcoin roller-coaster has been speculation. Speculation has consequences.

In 1720, when the South Sea Company collapsed, Sir Isaac Newton famously quipped, “I can calculate the movement of the stars, but not the madness of men”. Newton was referring to the frenzied trade in South Sea Stock that had gripped England and her neighbours.

The collapse of the South Sea Company was the first global financial crisis. When the bubble burst, Newton himself lost the equivalent of almost US$5 million.

In the months leading up to the scheme’s demise, Daniel Defoe published a pamphlet warning against too much speculation. What would these learned gentlemen make of our recent interest in Bitcoin? Newton would be fascinated by the ingenuity of our modern technology and Defoe (himself a tradesmen and very interested in finance) would likely be enchanted by the invention of an unregulated nationless currency.

But what would they think of all the speculation? I think neither would approve.

In 2013, the price of bitcoin soared from US$15 in January to over US$1,000 by the end of November. Bitcoin’s increasing value was loosely tied to its emerging legitimacy, but the biggest surge in price was driven by Chinese investors hoarding bitcoin and stashing it offshore. For the first time, Bitcoin was serving as both a digital currency and as an investment product in its own right.

Whether bitcoin’s performance in 2013 meets the definition of a speculative bubble deserves a closer look.

The price of any commodity will only take off when smart institutional investors notice the product’s potential value and step in. They buy while the price is still low and sell when it has made a gain over a short period of time. The first sell-off is followed by a dip in price, known as a “bear trap”. Once the investment has the media’s attention, public enthusiasm follows. Demand pushes the price up and then the madness sets in: namely, greed, delusion, fear, panic and finally despair.

In Bitcoin’s early years, its price was even-tempered. In July 2010, one Bitcoin cost 9 cents. For the next ten months, it hovered around this mark. Nothing remarkable happened until April 2011, when the price of bitcoin suddenly climbed steeply, spiked at $US29.60 and then steadily dipped back to $US13.00, which became the new normal. This lasted almost two years. Then on April 9, 2013, the price soared to $US230, followed by a rapid sell-off and another dip in price.

An article in CNN Money published on April 12, 2013 reported that the bitcoin bubble may have burst. In fact, this was just the bear trap. Frenzied trading ensued and on December 4, 2013, it peaked at $US1,047.25. It has not been back there since. For the past two years, the closing price for Bitcoin has fluctuated between $US250 and $US450.

The events of 2013 have all the hallmarks of a speculative bubble. What is the problem? All this volatility is giving bitcoin a bad name.

As we know, economic bubbles are driven by greed, delusion and fear. These emotions impair judgement. Greed lures us to believe in schemes and promises that are just too good to be true.

In bitcoin’s brief and turbulent history, fortunes have been made and lost. Some investors have been unlucky, but most were duped. In December last year, 10,000 investors lost US$19 million in a bitcoin Ponzi scheme.

A number of exchanges have also completely imploded. Some have fallen foul of hackers, while others have been shut down by regulators for running sham operations or laundering the ill-gotten gains of a black market.

Notwithstanding all these shocks and crashes, I would argue that we should not be put off bitcoin. Our negative impressions are borne of the way it has been used so far, but this will change.

The technology that drives bitcoin enables almost riskless storage and transfer of value and data. In an increasingly digitised world, this is a really useful innovation.

Once the regulators step in and (for example) curb the influence of speculative trading in bitcoin, its role as a legitimate currency will prevail and the madness will stop.

Philippa Ryan is a lecturer in civil practice and commercial equity at the University of Technology Sydney.