Will Apple’s HealthKit and Health app empower or frustrate? 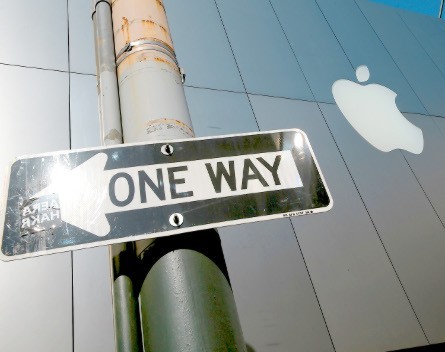 If you thought that self-tracking and the collection of personal health and fitness metrics was just a fad then an announcement last week by Apple CEO Tim Cook at the annual Apple Worldwide Developers Conference might suggest otherwise.

A Health app and a developer tool named HealthKit, which is designed to serve as a hub to allow various health apps and fitness tracking devices to “talk” to one another, have been included in iOS 8.

But are these “new” developments from Apple really all that new – and do they indicate that matching hardware in the form of wearables is next on Apple’s launch list?

What Apple and partners such as the Mayo Clinic envisage is, for example, an app that monitors heart rate, blood pressure, blood sugar or cholesterol. It would then be able to seamlessly share data with a hospital app or directly with healthcare professionals.

Building a technical infrastructure to develop health apps, or to enable the sharing of information between various third party apps, is an ambitious task.

Both Microsoft and Samsung are already entering the field of wearables with announcements of plans to release smart watches.

Apple’s latest offering adds to the speculation of the long awaited iWatch with reports in could be released as soon as October.

Meanwhile the latest advertisement (below) for the iPhone 5S shows people using a variety of wearable products already on the market.

The benefits of aggregating health and fitness data in this way are fairly clear in terms of how medical histories will be taken, how they are shared and the aggregation of personal data. It should provide better experience for those who use personal metrics in various aspect of their daily lives.

What’s in a brand name?

Some of the celebratory hype around HealthKit was overshadowed by an Australian start up which took Apple to task for using the same name of their practice and patient management software.

In a blog post the Melbourne-based company was both flattered and annoyed that Apple had used its established brand name:

They didn’t feel that they had to do a quick domain search – it would have taken 5 seconds to type www.healthkit.com into their browser and discover us. Would it have made any difference to them? Are they so big that they are above doing an ordinary Google search?

We might also wonder what other issues Apple’s health data aggregation system might face beyond this naming fiasco.

When a user opens any of Apple’s HealthKit enabled apps the information they produce will be housed in database and is immutable and read-only. What this means for developers is that apps can be developed which can collect and analyse this data in a variety of pre-determined ways.

This highlights a range of problems that are likely to implicate and frustrate users, health care professionals and administrators. Naturally issues of privacy are likely to be significant factor in how well Apple’s health apps actually work.

Developers will need to seek end-user permissions to collect data on their behalf when they build Apple’s HealthKit into their apps, which means spelling out exactly which permissions they are seeking.

Given the whole logic of HealthKit assumes, to some degree, an interoperability between applications and datasets, it would be fair to suggest that there are likely to be gaps between what the technical capacities and outcomes for end-users.

Take for instance an app that has been designed to use a measurement from one device and ignore data on that same variable from another device. Or a user may grant access to a third party app to their pedometer data but this might not mean that the same app has the permissions to access other variables to produce meaningful data (such as location, heart rate, age, weight or gender).

Not so healthy competition

Vendors operating in this market will compete not only at the level of the brand but also at the level of components, algorithm and databases. An app might use Nike Fuel Band data over Fitbit when it takes calorie data to make some or another secondary calculation based on that data.

Organisations such as Microsoft are also partnering with developers who are designing apps available for medical practitioners to use in telemedicine and the consulting room.

This tethering of devices and data to proprietary platforms (Apple vs Microsoft) means that patients and doctors might need to use a certain product and patients might be restricted in terms of what systems they can use to track their health.

The trade-off of openness to get systems to market quickly is going to make attracting users and developers difficult and makes Apple’s (and others) vision of health data aggregation far less attractive or whole.