Robotic arms and cleaners take out top honours at Tech23 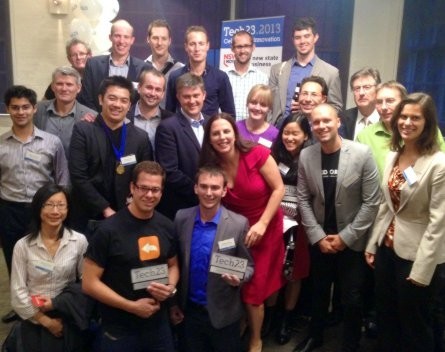 After an intense day of pitching and panels, the winners of the Tech23 start-up conference were announced last night.

The 23 finalists who pitched were selected through a competitive process prior to the event.

Conference founder and coordinator Rachel Slattery told the crowd she was excited about the greater national representation at the Sydney event this year.

“There was also more of a national feel than in past years with half of the Tech23 coming from outside NSW and many attendees visiting from interstate,” Slattery said.

The event was sponsored by a range of groups, including government body NSW Trade & Investment, which awarded two MVP Grants worth $15,000 each to Sabre Autonomous Solutions and experiential education start-up Intersective.

There were over 20 other prizes from mentoring and education opportunities awarded on the night.