YouTube rolls out mobile live streaming to users with over 10,000 subscribers 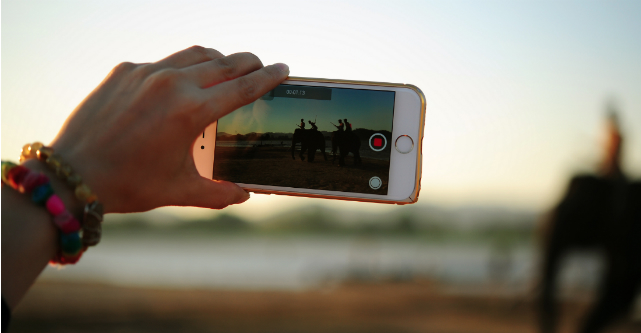 While live streaming on the go through platforms like Facebook and Twitter has taken off over the past year, YouTube has been a little late to the party when it comes to offering its users the ability to instantly connect with their customers or fans.

On Wednesday, the platform announced via its blog it would start to roll out the mobile streaming services it first announced eight months ago.

The catch is, only those in the upper echelon of YouTube’s user base will have access to the mobile live streaming services. Users must have 10,000 subscribers or more, but YouTube says the “rest of you will have it soon”.

Read more: How do I get more people to watch my YouTube videos?

“It’s a launch that’ll put the power of live streaming in the hands of hundreds of thousands of talented creators, giving them a more intimate and spontaneous way to share their thoughts, lives, and creativity,” YouTube said on its blog.

Streaming will be implemented in a new update of the YouTube app, with the company reporting users can open the app, hit the capture button, and “you’re live”.

These messages appear to the streamer during the live stream and also display the amount the user spent to “boost” the comment. This method is similar to donation methods used on other live streaming sites.

“Super Chat gives viewers a chance to add a little visual flair to their chats and gives creators a new way to keep connected to their fans while earning a little money on the side,” YouTube said.

Live video an opportunity for SMEs and startups

While SMEs or startups with 10,000 YouTube subscribers may be few and far between, live video on other platforms, including Facebook Live, can lead to marketing success.

Writing for SmartCompany, digital marketing expert Fi Bendall says smart businesses should be “keen to explore” how Facebook Live can work for them.

“This will depend on what type of business you are running. There are some sectors and businesses that will definitely be better suited to live video streaming than others,” Bendall says.

“Retailers might look at doing special live streams of product launches or even put on catwalk shows and the like. There are plenty of possibilities for businesses who are willing to put a bit of creative thought into it.”

However, Bendall also warns against some of the pitfalls of brands using live video.

“If you’re going to attempt to use the platform, you will also have to remember that [Facebook] Live is indeed live. That means things could go wrong,” she says.

“Think through what you’re doing before hitting the button to go live. The ease with which you can go live could lull you into a false sense of security and result in a PR or marketing disaster.”