Generation Z is the generation born between the mid 90s and early 2010s. Most Gen Zs have never seen a floppy disk, a VCR recorder, or had to endure dial-up internet. Instead, they grew up with smartphones glued to their hands.

The internet was their playground — their mastery of social media gives experienced marketers a run for their money, they have an uncanny ability to build relationships virtually, and they’re deeply engaged with some of the most significant issues facing humanity: climate change, racial injustice and inequality.

Representing 32% of the global population, Gen Z is also the world’s most populous generation. We believe this cohort of 2 billion will upend our conception of entrepreneurship. This is why we’re excited to invest in Gen Z founders — just as they’re getting started, and when their youth means that other investors may want to dismiss or underestimate them.

Here are seven reasons why we believe Gen Z founders are uniquely placed to work on some of the most important problems, and why they’re uniquely qualified for the challenge.

1. The internet is their playground

Gen Zs grew up on platforms such as Facebook, Instagram, Tumblr, and YouTube. From a young age, they became content creators. They meticulously planned their Instagram posts, and in doing so, developed an intuitive understanding of what kind of content rakes in likes and comments. They experimented, and hacked together clever ways to grow their online followings.

They sharpened their sixth sense around what’s cool, and know how to jump on a trend while it’s still hot. In a world where everyone is desperately competing for attention, Gen Z’s knack for generating attention-grabbing content serves them extremely well.

These skills set Gen Z founders up with advantages when it comes to marketing, brand building, and using the latest fads to fuel their business growth.

2. They can rally people around a mission

In 2018, 15-year-old Greta Thunberg started skipping school to strike for climate action outside the Swedish parliament. She sparked a movement which went global: across 125 countries, young people coalesced around a demand for greater climate action from all their respective governments. Thousands of Gen Zs bridged cultural divides and language barriers to pull off a coordinated, large-scale demonstration: in September 2019, an estimated 6 million kids took part in youth strikes for climate action.

Drawing people together and rallying them around a shared mission is a skill that every business builder needs. One Gen Z founder with a knack for coalescing an audience around a shared need is Vincent Jouanne, founder of Vybe, a French neobank for teenagers. Before launching a product, Vybe started a conversation with their target customers, encouraging them to voice their frustration with existing banking products, and share their ‘wishlist’ of features.

In starting this conversation, Vybe attracted over 170,000 customers to their waitlist, and over 260,000 pre-orders for their card, before they even launched! This engaged audience has been a key reason for Vybe’s success to-date, including their $2.9 million raise. 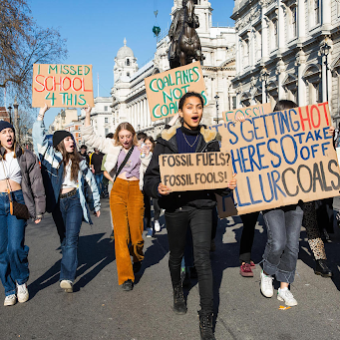 3. What they lack in years of experience, they make up with through rapid iteration

“Test, test, test” is the mantra of Daniel Brockwell, the co-founder of Earlywork, a professional network for young people interested in startup careers.

“What our generation lacks in years of industry experience, we make up for with our speed of learning through rapid prototyping and iteration. Several of the best young entrepreneurs I’ve met have completely pivoted from their original ideas, multiple times. No and low-code platforms such as Bubble, Airtable, and Figma prototypes are key weapons that power this experimental approach.”

Starting small and experimenting can also work for physical products. Sisters Caroline and Isabel Bercaw founded Da Bomb Bath while they were just 11 and 12 years old. The sisters loved bath bombs, but disliked the stains and sticky residue they left behind. They started experimenting with homemade bath bombs with a fun surprise buried in the centre.

“We spent the whole summer making 150 bath bombs, and were pretty shocked when they sold out on the first day of the local art fair.” In three years, the sisters had grown the business to scale, with projected revenue over $20 million in 2018. 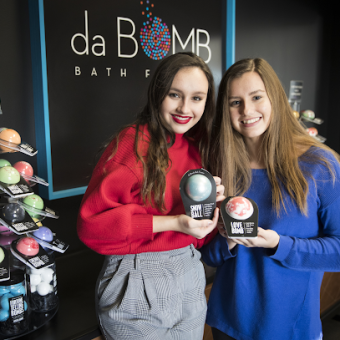 4. They’re willing to take risks, early in their careers

Increasingly, Gen Zs don’t valourise the stability represented by a 9 – 5 job at a big corporation, or buy into the ‘prestige’ represented by firms with big brands emblazoned on tall buildings. Coming of age in the Global Recession of 2008, many Gen Zs became wary of the institutions that wreaked havoc on the economy and cost their parents their jobs.

Instead, Gen Zs have a strong desire to carve out their own path. Various surveys of Gen Zs have found that 1 in 3 wanted to become YouTubers, while a Nielsen study reported that 54% of Gen Zs want to start their own company. Entrepreneurship is aspirational; many Gen Zs hold getting into Y Combinator or Startmate in higher esteem than landing a graduate job at McKinsey or Goldman Sachs.

For example, after graduating top of his grade with a perfect ATAR, Robbie Ferguson dropped out a CompSci / Law degree at the University of Sydney to go-all in on Immutable, a company bringing transparency to the opaque world of in-game economies and providing gamers with true digital property rights.

We expect to see more of the best, brightest, and hungriest graduates trying their hand at founding or operating a startup, rather than join the ranks of professional services firms.

5. They have a growth mindset, and know that learning comes in many forms

Gen Zs place less value on ‘traditional’ forms of education, knowing they can learn just as much from Googling, YouTube tutorials, online fellowships, or the wisdom of the crowd.

As digital netizens, Gen Zs are also plugged into a range of discourses, with commentators hailing from diverse backgrounds, each espousing their set of beliefs and perspectives. This exposure can help them to see opportunities before they’re mainstream, and connect the dots quickly enough to capitalize on nascent tailwinds, or adapt to changes.

6. They don’t ask for permission — they chase down opportunities

Gen Zs take initiative. They know lightning doesn’t strike the same place twice, so when it does, they do seize the opportunity to catch the lightning in a bottle.

We love Arthur Wong’s story about how he launched Brioched, a side-project that’s now been acquired by pitchblak: “Brioched was a side project I launched to promote my referral codes for FinTech products, such as Up and Stake. I saw an opportunity to increase my reach by writing in-depth digests about these financial products. Soon, my write-ups started to organically rank on the first page of Google’s search results.

“I built on this, and started creating concise infographics to educate people about finance and investing. This was well timed, as the 2020 bull-run on tech stocks meant a lot of people were searching for this information. As my following grew, I started having a lot of coffee chats with interesting people. This is how I met Rish, then Head of Investment at Pitch. One thing led to another: pitchblak offered to acquire Brioched, and I now work at pitchblak as its Head of Startup Strategy.”

7. They’re connected to impact that’s larger than themselves

Last but not least, Gen Zs are led by their values, and motivated to work on projects that make the world a better place. Some impactful companies founded by Gen Zs include Luminate Medical, which is developing a device to end chemotherapy-induced hair-loss, Nohbo, which aims to eliminate single-use plastic bottles in the hospitality industry by manufacturing water soluble drops containing shampoo, soap, and other personal care items, and Dreambound, which provides low-income Americans with planning tools and financing for workforce training courses, starting with a certified nursing assistant (CNA) program.

Gen Zs are also sick of the toxic messages, perpetuated by fashion and beauty companies, that shame consumers into buying their products. And they’re doing something about it. Cami Telez was just 21 years-old when she dropped out of Columbia University to found underwear company Parade. Parade has built its reputation on making all body shapes and sizes feel seen and celebrated. Their quirky marketing promotes self-expression and flaunting your differences.

In a world where the ‘lingerie’ category is dominated by brands such as Victoria’s Secret, new brands such as Parade are unlocking value from consumers who’ve been historically overlooked and marginalised. 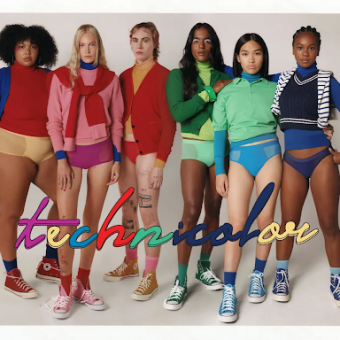 Gen Z will soon inherit the earth. The oldest Gen Zs are now in their early twenties, while the youngest are still in the throes of puberty. They’re undeniably young – and it’s easy to dismiss the validity of their insights, or underestimate their capabilities. But to do so would be our grave loss – because Gen Z might just be the most imaginative, gutsy, and entrepreneurial generation yet.

This piece was first published in AfterWork reading, a publication by AfterWork Ventures – a venture capital fund that invests in early-stage tech companies in Australia and New Zealand.

The growth equity firm will be launched with Justin Ryan, who has previously worked with Adore Beauty and was most recently at Quadrant Private Equity.

According to Naomi Simson, being “customer obsessed” starts from the top and filters down through every aspect of your business: from your leadership ability, to your culture and cash flow.