Last week, zero-waste company Zero Co rolled out a series of tiny billboards to encourage Aussies to “start small” when it comes to addressing the global problem of plastic waste.

The 12 tiny billboards were installed overnight last Tuesday, with exact locations of each being leaked by the company on social media in the weeks leading up to the launch.

“The sole reason our business exists is to solve this big, gigantic problem in the world: plastic pollution,” founder Mike Smith tells SmartCompany.

“But quite often when you’re trying to solve a big global problem [and] ask people to help you solve that problem, it can be daunting.

“So this idea really came out of our belief that we’re going to solve this global plastic problem by making it easy for everyday Aussies to do something small; just to make a small little change and not overwhelm them with the gargantuan nature of this global problem.”

The team brainstormed interesting ways to communicate such a notion, before deciding on the “world’s smallest billboard campaign”.

“So that’s what we did,” Smith said. “We made a bunch of tiny little billboards and put them all around the place in Sydney, Melbourne and our hometown of Byron Bay.”

How Zero Co is reducing plastic waste, and how your business can too

Upon scanning the QR code, customers would find themselves on Zero Co’s “Start Small” campaign landing page, which shared information about what Aussie’s could do in the daily lives to make a difference.

As further incentive for customers to find the billboards, scanning the QR code gave them the chance to win a limited number of Body Care Starter Packs, allowing them to try Zero Co’s new range for free.

The tiny billboards saw 50 starter packs of these body care products delivered to Australians in less than 48 hours, and those who missed the freebies were still able to access a 10% discount code for the range.

A personal approach to a global problem

Zero Co launched in 2019 with 10 products, but from day one, the team has had a “big ambition to have a massive product portfolio” of every single personal care and home cleaning product.

Yet this new range wasn’t just launched because of that initial goal, it was also in consultation with what Zero Co’s customers were wanting.

As Smith explains, Zero Co went to its customer base with a list of supermarket products ranked by the volume of plastic they each produce.

“Of the products that we hadn’t already released, shampoo and conditioner were the two largest culprits for single use plastic production,” Smith said.

“So we went out to our customers and said, ‘What do you want us to make next?’ 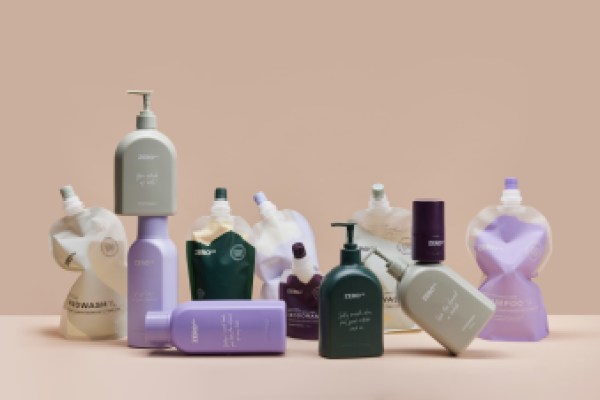 “If we can just inspire people to make a small change — like stop buying single use plastic bottles of shampoo and conditioner from the supermarket — they can have a huge impact on the planet tomorrow.”

Avocado farmers have been forced to dump their harvests as low prices prevent them from recouping transport and labour costs.