ACCC warns more than 300 Australians have been stung by NBN scams: Why you should “never trust a cold caller” 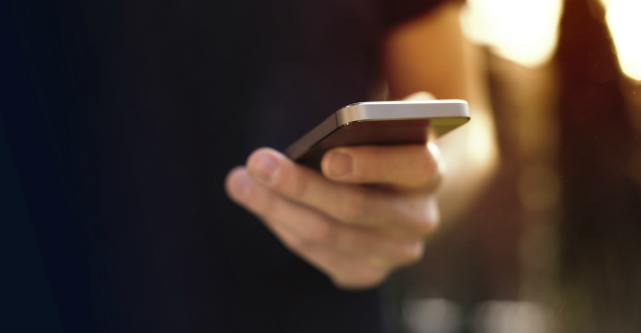 Business owners have been warned by the Australian Competition and Consumer Commission to be wary of phone calls coming from individuals claiming to be from the National Broadband Network (NBN), with the consumer watchdog receiving 316 complaints about scams of this kind this year.

The scammers are cold-calling Australians, pretending to be from NBN Co and offering low-price internet deals or technical support. The then attempt to take either taking individual’s money, personal details, or even install malicious software.

Out of the total 316 complaints, the ACCC reports nearly $28,000 has been taken from unsuspecting internet users, with commission deputy chair Delia Rickard saying in a statement Australians over the age of 65 were “particularly vulnerable”.

The ACCC has outlined three main ways these scammers are attempting to swindle users, with all methods initiated through a phone call. The most common tactic is to sign users up to fake NBN accounts, demanding payment via iTunes gift cards in order to make the scams untraceable.

“NBN will never phone you out of the blue to try to sign you up to a service over its network. NBN is a wholesaler meaning they don’t sell direct to the public. If you get an unsolicited call like this, it’s a big red flag that you’re dealing with a scammer,” Rickard says.

“If someone ever asks you to pay for a service using iTunes gift cards, it is 100 per cent a scam. Legitimate businesses, especially those like NBN, will never ask you to pay for anything in this way.”

The ACCC also found scammers were employing classic cyber attack-style methods through their cold calls, including remote-access scams where criminals will trick users into thinking their computer systems require software upgrades or anti-virus protection. The attacker will then direct the user to allow them to control their system remotely, installing malware or stealing sensitive data.

Finally, the attackers were found to be employing traditional phishing-style attacks, asking for numerous pieces of sensitive data such as Medicare card numbers and driver’s licences in order to impersonate them or sell their details on the black market.

Cyber security expert at Sense of Security Michael McKinnon tells SmartCompany while he hadn’t heard any specific reports of businesses falling for these sorts of scams, it’s “not surprising” given the ongoing rollout of the NBN.

“The rollout of the NBN gives these scammers another point of legitimacy, as it will be top of mind for people at the moment, so getting a phone call about it will have an air of legitimacy,” he says.

“People don’t know NBN Co is a wholesaler so that plays even better for the scammers thanks to a lack of general understanding.”

McKinnon, who educates elderly computer enthusiasts on cybersecurity regularly, supported Rickard’s claim that users over the age of 65 were most vulnerable, saying many tell him they are “constantly” called by such scammers.

“Once the scammers know you’re susceptible to these scams and they know your technical knowledge is limited, many people will start to get calls all the time,” he says.

For individuals and businesses, McKinnon advises to “never trust a cold caller” and to get educated on the types of scams going around. If you are called, attempt to get a number to call back or ask for some other identification method.

“Try and determine if they’re a legitimate business. Do they have an ABN or a real phone number?” he says.

“It’s also an instant red flag if someone is requesting access to your computer. It’s your personal device and you shouldn’t give access to anyone, let alone an untrusted party.

“nbn is the company building and operating Australia’s wholesale broadband network and as a wholesale-only company, we do not sell broadband packages directly to consumers. There are times when nbn may contact you directly as part of the network roll-out but this will never be to sell you a service,” he said.