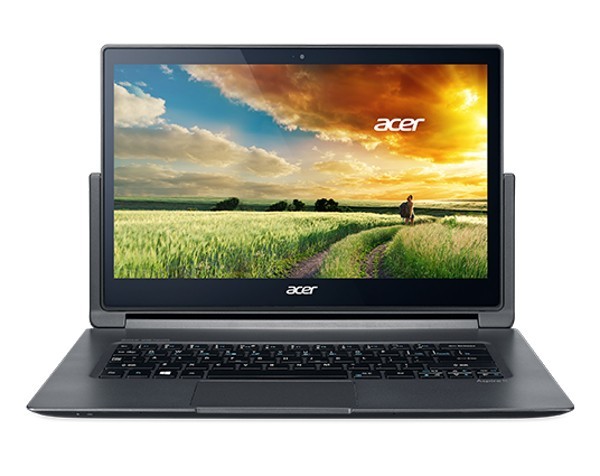 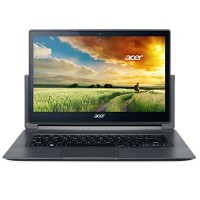 Enter Acer’s Aspire R 13, a laptop that can be used as a tablet.

Basically, rather than the keyboard part of the laptop being attached directly to the screen, the keyboard is instead attached to a stand, which is known as an “Ezel Aero Hinge”. The stand, in turn, holds up the monitor on both the left and right hand sides of the screen, allowing it to pivot 180-degrees, so it can either face towards or away from the keyboard.

This design feature means this laptop can close with the screen facing towards the keyboard like a regular laptop, or away from it, like a giant tablet.

So there are six different positions you can twist this laptop into as a result of its unique design, including as a picture frame, or with a screen that ‘hovers’ over the keyboard. However, the main positions you’re likely to use are with the device as either a tablet or a laptop.

Acer’s Aspire R 13 is a 64-bit laptop running Windows 8.1 that can also be used as a large tablet.

The battery has a capacity of 3220 mAh, which Acer claims will last for eight hours.

It also includes a backlit keyboard, a touchpad, 256 gigabytes of storage, 8 gigabytes of RAM, three USB ports and a HDMI monitor or TV output.

I’ll get the bad news out of the way first. At 1.5 kilograms, the Aspire R 13 is noticeably heavier than most 10-inch tablets on the market, and since the keyboard is not detachable, it’s also thicker. That being said, especially if you use it regularly, it’s something you’ll quickly get used to.

The trade-off for the increased size and weight is a significantly larger screen, which is a full six centimetres larger across diagonally than an iPad. In practice, this is akin to reading a broadsheet newspaper rather than a tabloid.

For some purposes, such as taking notes, reading long-form books or journalism on your tablet, or watching movies, there are practical benefits to the larger screen size.

If you do intend to use this for taking notes, there is a stylus available for the Aspire R 13 as well.

With a reassuring snap, this device locks into a new form factor.

When used as a laptop the backlit keyboard on the Aspire R 13 feels quite Apple-like, and it’s pleasant to type on – certainly more so than the keyboards on most hybrid tablets. The screen is both bright and colourful, the sound quality crisp, and all-round it’s a pleasant laptop to use.

When it comes to hybrid devices, there are almost always trade-offs. Most tablet keyboards are simply less pleasant to type on than a proper laptop. Meanwhile, in the case of Aspire R 13, the extra screen real estate comes at the cost of a little additional weight.

In choosing between the Aspire R13 and a tablet, it’s important to be clear about how you intend to primarily use the device. If you’re primarily after a tablet that you’ll occasionally do so some typing on, you’re better off getting a proper Windows tablet.

That being said, if you’re either primarily looking for a laptop that you’ll occasionally use as a tablet, or if you want a large tablet for reading notes and watching movies, the Aspire R 13 will fit your needs better than most other hybrid devices on the market.

This review is based on a test unit borrowed from Acer.