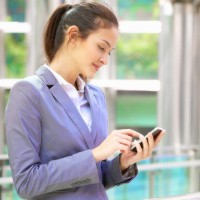 The Australian Communications and Media Authority has announced major changes to the way calls are charged for 13, 1300 and 1800 phone numbers, with consumers set to benefit.

The biggest change is that all calls to 1800 numbers will be free for mobile phone users, as they currently are for landlines. In addition, for pre-paid customers, the calls will remain free if they run out of credit before their service expires.

In addition, mobile carriers will offer 13-friendly calls, in which calls to 13 and 1300 numbers will be billed against a users’ included calls, rather than as an additional charge.

In a statement, ACMA chairman Chris Chapman said mobile operators have agreed to the changes voluntarily, and are currently work on putting them into action.

“The ACMA is particularly pleased that these clear consumer wins have been achieved without direct regulatory intervention,” Chapman said.

The changes to 13, 1300 and 1800 are designed to complement recent changes to the Telecommunications Consumer Protections Code, which will see carriers mandated to provide customers with call and data usage alerts. Meanwhile, key public-facing government agencies such as Medicare and Centrelink will begin offering users a ‘call-back’ option.