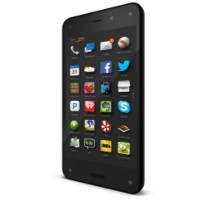 On June 18, Amazon announced it was making its first smartphone with a new device called the “Fire Phone”.

The announcement confirmed years of rumours that Amazon was secretly developing a smartphone at its Lab126 R&D facility.

The new device joins a growing line-up of consumer electronics devices from the online retail powerhouse, which include its Kindle Fire range of tablets and its Kindle TV set-top-box.

With its own app store and a growing number of services built around its cloud-based services for these devices, a smartphone was an obvious next step for the company.

However, back in April, SmartCompany noted that while Fire TV was a nice first effort, it still left a lot to be desired:

“Certainly, Amazon has the resources to invest in making this one of the best streaming video devices in the market over time. However, until some of the bigger issues are fixed, this will be a device that should primarily be of interest to the early adopters.”

So will the Fire Phone see Amazon become a contender against the likes of Samsung and Apple? Or is it another nice “first effort” like Fire TV?

It’s time to find out.

The Amazon Fire Phone is based on a quad-core Qualcomm Snapdragon 2.2 GHz processor. It runs a version of Android that uses Amazon’s Kindle app and content download stores, as well as its online services, rather than Google’s.

It comes with global 4G/LTE connectivity, a 4.7-inch HD display, a 31-megapixel camera, 2 gigabytes of RAM and 32 or 64 gigabytes of storage.

Key features of the Fire Phone include Dynamic Perspective and Firefly image recognition.

Dynamic Perspective is a 3D graphics and 3D spatial-awareness feature. It responds to the way a user holds, views, and moves their phone, and introduces a range of new motion gestures including auto-scroll, tilt, swivel and peek.

It is powered by four ultra-low power specialised cameras and four infrared light-emitting diodes (LEDs) built into the front-face of a camera, along with a dedicated custom processor.

At Gizmodo, Eric Limer warns the Fire Phone lacks features that are standard on many of its rivals:

Extras are fine, even if you’re ultimately ignoring them, but Fire OS 3.5 is also missing some features that are pretty standard now across iOS, Android, and Windows Phone 8.1. Fire OS’s voice assistant, for example, is way behind Siri, Google Now, and Cortana. If you ask it to open an app, for instance, it will apologise and offer you the paltry list of things it can do: Make calls, send texts, send emails, and search the web. And if you ask it for directions to the nearest gas station, it will return a query for “gas_station” on the Yelp mobile site. Lots of room for improvement here. Fortunately some of the other glaring absences that we noticed in our hands-on time — like a lack of transit directions and a task switcher — have shown up.

While Amazon makes a lot of Dynamic Perspective in its advertising, David Pierce from The Verge says it’s really nothing to write home about:

Sure, it’s cool to have icons move when I move my head, but it serves no real purpose. Even in Amazon’s most-advertised use case, in which you look at a map and tilt the phone slightly to see more information about a location, it’s only slightly more efficient than just tapping and zooming. Dynamic Perspective is meant to keep the screen simple, showing you only information when you ask for it, but it mostly just hides useful information. Exposing that information then requires such finesse that for a long time you’ll be seeing things rapidly flicker in and out of existence, not knowing how to make them stick around or find them again. Dynamic Perspective makes for awesomely fun lock screens with much more to them than first meets the eye, but it does nothing to meaningfully improve the smartphone experience.

While Dynamic Perspective might be overrated, Andrew Cunningham at Ars Technica says Firefly is actually quite useful:

Launch Firefly by either tapping its icon on the Home screen or long-pressing the camera shutter button. The camera turns on and a swarm of small dots (the titular fireflies) flies onto the screen, and they begin flitting from object to object looking for things they can scan. They can grab phone numbers from business cards to add them to contacts or focus on long URLs to open them in the browser. They can even scan in QR codes. But the coolest feature actually lets you point the camera at objects.

If Firefly recognizes the object you’re scanning, it can retrieve information about the object from Amazon’s own product database or from third-party databases that developers make available. Admittedly, its primary use right now is scanning items and then pointing you to their Amazon product pages so you can give Amazon more money. However, Amazon mentioned that it is working with the developers of Vivino, a wine label scanner available on the iOS App Store and Google Play (as well as from Amazon), to integrate its functionality into Firefly, allowing the phone to find information about wines based on their labels. The number of things that can be scanned (and the kinds of things that can be done with that data) will continue to improve if more developers get on board.

As for the physical design of the device, Brad Molen thinks it looks quite pedestrian, especially alongside its rivals:

Amazon appears to have put so much effort on the Fire phone’s unique features that it didn’t focus on making the device attractive. It looks more like a prototype than a phone that’s supposed to compete against well-designed beauts like the iPhone 5s, LG G3 and HTC One M8. The use of glass on the front and back is a throwback to the Nexus 4 and iPhone 4/4s, which means it’s a fingerprint magnet and more susceptible to breaks than polycarbonate. The sides are protected with a rubberized polyurethane material, however, which should improve the phone’s chances of survival if dropped.

Overall, as with the Fire TV, the Amazon Fire Phone is a solid first effort – especially for anyone who loves online shopping.

While Dynamic Perspective might be overrated, Firefly is genuinely handy.

That being said, at this stage, it might be worth waiting for the “Fire Phone 2”.