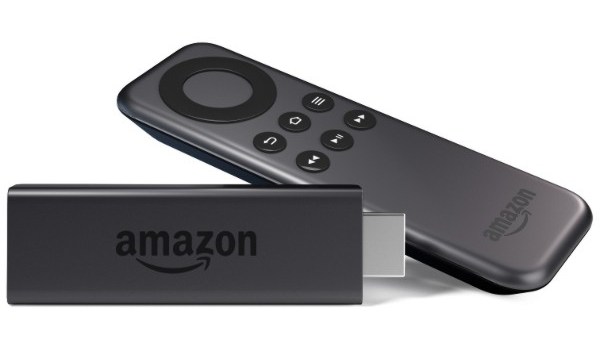 For those who are looking to run apps and content from the internet on their TV, but don’t want to shell out for a new smart TV, HDMI sticks are a good option.

For the uninitiated, HDMI sticks are small devices that look like USB sticks and plug into the HDMI port on a TV screen or computer monitor. These devices then allow you to either stream content selected on a computer or smartphone to your TV over Wi-Fi.

Perhaps the best known player in this market is Google with its ChromeCast, along with other devices such as Mozilla’s Matchstick. Typically, these devices cost around $50 or less, making them an affordable option to look at.

In October of last year, Amazon joined the increasingly crowded market with a device called the Fire TV Stick. This is not to be confused with the company’s full set-top-box, which is also known as a Fire TV.

So does Amazon bring something new to the market, or is this just a Clone-cast? It’s time to find out.

The Fire TV Stick is based on a dual core 1 GHz Cortex A9 processor.

There’s 8 gigabytes of storage on the device, along with 1 gigabyte of RAM.

One difference between Amazon’s Fire TV Stick and the ChromeCast, says David Katzmaier of CNet, is its remote control:

The best part about the remote included with this $US40 dongle is that it actually exists (cough, Chromecast, cough).

My favorite streaming device remote is the one found on Amazon’s Fire TV box, and while the clicker included with the Fire Stick isn’t quite as good, and lacks voice search, it’s still excellent. The buttons are all straightforward, and unlike Apple TV there are actual transport (fast forward/rewind) controls.

The remote works via Bluetooth, which is a necessity since the Stick is typically out-of-sight behind the TV. It’s great not having to point it anywhere specific, but the downside is that Fire TV won’t work with an IR-based universal remote (although Wi-Fi compatible remotes like the Harmony Home Control are compatible).

However, Terrence O’Brien points out that ChromeCast is a lot easier to use:

Google’s offering is certainly the simplest of the three. And, whether that’s a benefit or a hindrance depends on your perspective. There’s no remote and no menu to navigate. Instead, you have to send content directly from your phone to your TV. The other devices support this to varying degrees, but it’s the heart and soul of the Chromecast. This feature isn’t limited to your Netflix or Hulu app, however. It also supports simple games, even multiplayer ones, like Wheel of Fortune and Big Web Quiz. Also, you can mirror the screen on your Android phone or tablet, or even a tab from the Chrome browser. Plus, at $35, it’s the cheapest of the bunch.

Aside from the remote, Amazon TV Stick has some extra capabilities, in terms of allowing you to run more complicated apps, that ChromeCast doesn’t:

One of the things that separates the Fire TV from other streaming devices is the ability to run quality games, and the Fire TV Stick offers games too. While there is a decent selection of popular mobile games that lean on the casual side, like Flappy Birds or Badland, you can’t run the more complex titles like Sev Zero or NBA 2K14 that are available on Fire TV. The games you can play don’t have the quality of graphics as the Fire TV – but that’s to be expected considering the difference in hardware power. Another interesting thing is you can use the optional game controller ($US39.99) for the games that are available. For more on the Fire game Controller, you can read our review here.

Finally, Chris Davies from SlashGear says there are some important limitations on viewing content from any source other than Amazon:

The same criticisms I have of Amazon’s Fire TV interface carry over to the cheaper Stick. Amazon’s categories feel unduly limited: you never get more than 150 titles in each section, and while that may sound like plenty, there’s a huge amount of duplication with some movies showing up in multiple genres. There’s often a sense that there are more choices out there just waiting to be watched, but you have to either search for them specifically or rely on them surfacing in the “Customers Also Watched” bar at the bottom of each title.

Perhaps unsurprisingly, Amazon is very good at delivering its own information front and center, but not so great at doing the same for third-party providers. So, while movies and TV shows available for free through Prime or Hulu Plus will be flagged as such, you need to purposefully switch over to the Netflix app and cross-check its catalog if you want to make double-sure of what your free options are.

There are some good points about the Fire TV Stick, such as a proper remote control. However, unless you’re planning on only watching TV and movie content from Amazon, you’re probably better off with a ChromeCast.