App monetisation: How Australian developers are turning apps into cash 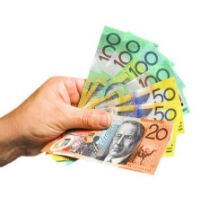 Apps with no upfront cost and a solid marketing plan have the best chance of being successful and making money, while games are the most lucrative, according to three Australian mobile app developers.

The freemium model is being embraced because people don’t want to pay for apps.

“If you look at the top grossing apps on the App Store or Top Charts on Google Play, about 90% of them are free to download. Most use the freemium model where they are free to download and there are purchases from within the app for additional features or functionality. For the App Store, the purchases are often for extra ‘credits’ to further advance gameplay (as most of the top grossing App Store apps are games),” he says.

“Why is this the case? People are becoming less willing to pay for apps. I believe it is due to the fact that as the freemium model began being used on the app stores, customers preferred this as it allows them to ‘try before you buy’.”

That’s in spite of Google Play making it easy to get an app refund if you request it within 15 minutes of paying for an app and a similar option from Apple which also offers a refund but it takes more effort and few people know about it.

“I think as people started using the freemium model, they still paid money for the ‘free’ apps and they’ve gone on to become more successful than other paid apps to download.

“Now people generally just download free apps in most cases because the quality of the free apps to download is much higher than even some paid apps.”

Cowan says when developing an app with an eye towards making money, three things are important: the idea itself, the design, and the marketing.

“Many people think their ideas are great. I’d say 95% of them are not worth pursing, including mine.

“The design is the specific features you put in the app, you don’t want to include too many or too little, the UX/layout of the app and the graphics themselves. All three need to be done well.

“Without marketing, you’re buying an app lottery ticket to be a successful app developer.”

Cowan’s point is not lost on Bizar Mobile’s Greg Fisher.

“Make sure you have the budget to promote the app otherwise it will likely go unnoticed in the sea of apps! Great apps can make good money, poorly built apps fall by the wayside every time,” he says.

“If an app is free it’s likely to get many times the downloads of a paid app, whatever the price.

“From experience, the best way to make serious money from an app is to give the app to end users for free. If you can charge content providers or advertisers you’re going to make hundreds or thousands of times the money from each of them than you would charging end users a few dollars for the app.

“A subscription model for content or service will bring in constant income even if you’re seeing minimal growth.

“Anecdotally, when our CEO Mike Clucas spoke to an RMIT audience of Journalism students they said they want free apps and are happy to have advertising because they simply do not notice.

“They did not even want to pay $1 for their apps.”

DeWitts agrees and points to the top grossing charts on the app stores that are dominated by free-to-play games.

“For something like games, the freemium model has been the most successful, with the exception for a few established game brands,” he says.

“The most successful freemium games utilise psychology and the need to win. See games like Clash of Clans, which take this to a whole new level.

“For startups or consumer facing apps, success is generally assured when the app is treated as a business.

“Is the app and its market well researched? Does it fulfil a need? Is the production and marketing of the app well capitalised to produce the best results? Is there a budget to make changes and pivot when the market response in unexpected ways? Do you have a solid marketing plan which utilises yours marketing channels for the kind of app that it is?”