Apple roasted after unveiling $1,500 accessory for its latest product 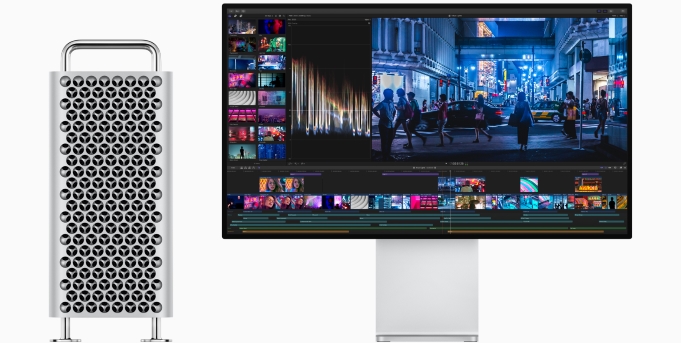 For Apple fanatics and Mac users, paying an exorbitant amount for various accessories and dongles is virtually second nature. However, the tech giant has ramped it up to a new level of ridiculousness with a new product announcement today.

At its highly anticipated Apple Worldwide Developers Conference (WWDC), the company unveiled a number of new products and software offerings, with a brand new Mac Pro desktop computer being one of its centrepieces. The beastly computer will cost $US6,000 ($8,600) at its most basic level, with a 28-core processor, a massively powerful graphics card and tiny little legs you can put wheels on.

Plus, it looks a lot like a cheese grater.

Timmy: Tell me when. pic.twitter.com/nobTaD36e3

Apple also announced a brand new ultra-high-resolution screen to accompany the Mac Pro, with the new 32-inch Pro Display XDR featuring a 6K retina display, 10-bit colour and a superwide viewing angle. The company says the screen comes at a “breakthrough price point”, which for Apple means it costs a cool $US5,000.

However, in a real kick in the teeth, the company revealed the screen’s stand would not be included in that “breakthrough” price.

This means if you want to put your fancy new screen on your desk, you’ll need to shell out another $US1,000 ($1,430) for a shiny piece of stainless steel.

A new iPhone XR would cost you almost the same amount. You could buy two Google Pixel 3a phones for that price.

While Apple’s dongle-fication has long been an issue for the company, this may take it to new heights. Predictably, Apple fans and detractors alike roasted the company on social media.

I need help deciding between an iPhone XS and the stand that’s required to hold up the new $5000 Apple monitor.

apples really out here selling $4999 monitors with no stand and then charging $999 for the stand lmao pic.twitter.com/wuuK0YJ0Mc

It’s not the first time Apple fans have been baffled by a product announcement, with the company revealing a $300 coffee-table book packed full of Apple product images in late-2016, leading to gratuitous jokes about the company’s latest ‘Mac book’.

These updates bring a number of features to iPhones which have been prevalent in other smartphones for a few years, including dark mode, a swiping keyboard, home screen widgets and better file management.

The company has also put a renewed focus on privacy, with new features allowing users to protect their location data, and even set up fake email addresses to sign into apps and services with.

And with much fanfare and a 21-sync salute, the company announced the death of iTunes after more than 18 years. The infuriating yet formative music platform, which dominated the early-21st century, will be laid to rest, replaced with three separate apps for music, TV and podcasts.

Apple was the first-ever trillion-dollar company in August last year, a milestone quickly followed by Amazon and Microsoft. Since then, the company’s share price has dropped over 18%, with the company’s market cap now sitting just shy of $US800 billion.