The recurring rhetoric about how our smartphones are beginning to do everything our PCs can appears to have finally gotten to Apple, as the tech company reportedly filing a patent for a laptop computer designed to be run from a mobile phone.

Entrepreneur reports Apple filed a patent in 2016 for an “Electronic Accessory Device”. The patent displays a laptop shell with a slot for an iPhone where the touchpad would usually sit.

The shell includes a display, various ports, and a control interface including a keyboard, but despite the laptop-like appearance, it reportedly would not function without the phone being plugged in. 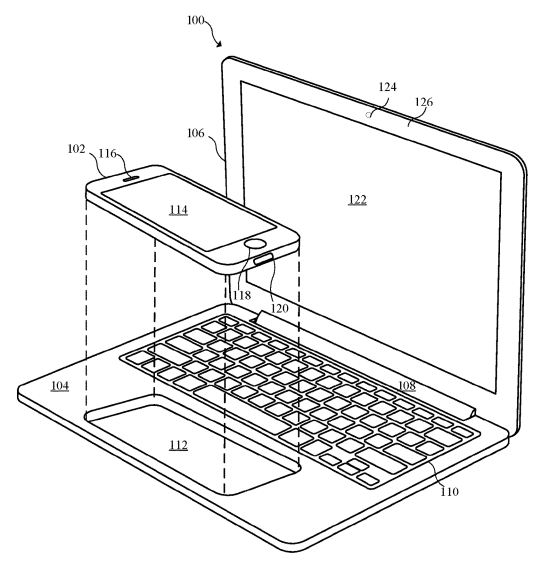 With just a patent filed, there’s no confirmation that the device is anything more than an idea cooked up by an engineer, but the concept of a phone-powered computer is not new.

Microsoft first tried it with its Windows Phone smartphones through a program called Continuum, which allowed phones to transform into desktop PCs with the help of some peripherals. Continuum was announced in 2015, and The Verge reports Microsoft is still developing the concept to work on ARM style processors.

Meanwhile, Samsung will sell a docking station for its new Galaxy S8 smartphone, called Samsung DeX. This will allow users to plug in a monitor, keyboard, and mouse and use their phone just like a PC, albeit via Android apps.