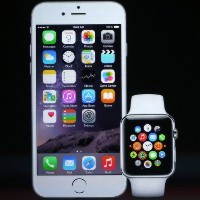 Apple’s regular iPhone 6 is currently outselling the iPhone 6 Plus by a margin of more than four to one, with speculation Apple is adjusting the production ratio of the two devices.

According to figures published by app API developer Mixpanel, the iPhone 6 now accounts for 6.14% of the global iPhone user base, compared to 1.43% for the iPhone 6 Plus, with the two devices making up 7.57% of the total installed base of iPhones.

The figures mean for each 10 million units of the two devices Apple sells, 8.1 million are the smaller-screen iPhone 6, compared to 1.89 million of the larger screen 6 Plus.

The figures show the iPhone 6 accounted for 2.31% of the iPhone user base on the day of its release with a further 0.39% for the 6 Plus. This grew to 3.22% and 0.47% over the device’s opening weekend, during which time Apple claimed to have sold 10 million units including pre-orders, although it is unclear how many had reached consumers.

Meanwhile, DigiTimes reports Apple has already adjusted the proportion of 6 Plus devices it makes based on demand being much greater than it anticipated.

However, due to a lack of inventories from component suppliers and a lack of production line capacity, it will be a while before there is a boost in 6 Plus production.