Apple reports the biggest quarterly profit of any listed company in history: $22.6 billion 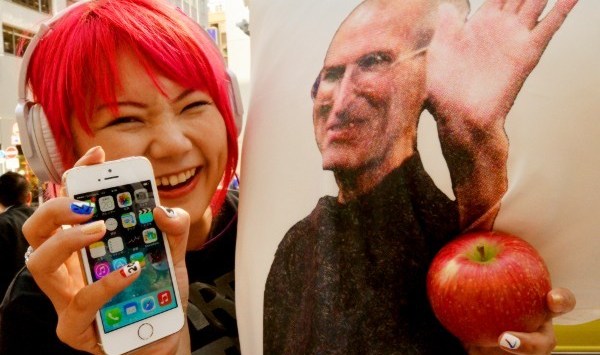 Apple has recorded the largest quarterly profit of any publicly listed company in history, posting a massive $US18 billion ($A22.6 billion) quarterly profit, off revenues of $74.59 billion, up 30% from a year earlier.

The result was led by a strong launch for the iPhone 6 and 6 Plus, which contributed the bulk of the revenue. Apple shipped 74.468 million units in the quarter, up 46% from the same quarter a year earlier, with revenues up 57% to $US51.182 billion.

To put those figures into perspective, the worldwide market for smartphones stands at around 300 million units each quarter. Apple’s iPhone shipment potentially sees it reclaim the title of the world’s largest smartphone maker by volume from Samsung, which shipped 74.3 million units that quarter, although this is yet to be confirmed.

During the same quarter, the worldwide market for computers (including PCs and Macs) stood at 75.5 million units per quarter, meaning the iPhone now outsells all computers sold by all manufacturers combined. However, Apple’s iPhone sales still lag behind the 255.3 million Google Android smartphones shipped each quarter.

Despite a sluggish market for computers, Apple reported a 14% increase in Mac shipments to 5.519 million units, booking a 9% increase in revenues to $US6.944 billion. Services revenue (including the iTunes Store, App Store and Apple Pay) grew 9% to $US4.799 billion.

On the downside, the company reported an 18% drop in iPad unit sales, to 21.419 million, with revenues totalling $US8.9 billion. There was also a 9% fall in revenues from other products, including iPod, Apple TV, Beats Electronics and accessories, to $US2.6 billion.