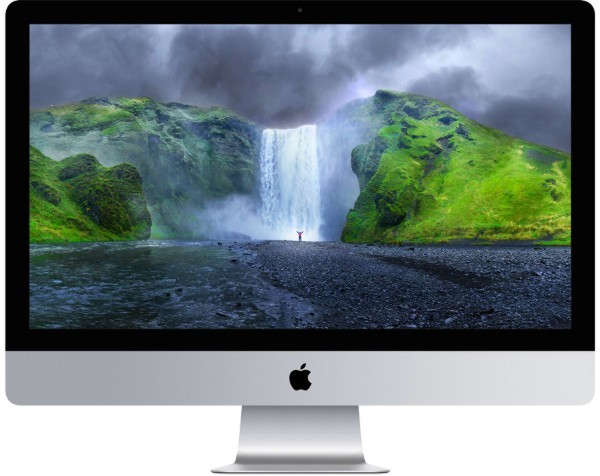 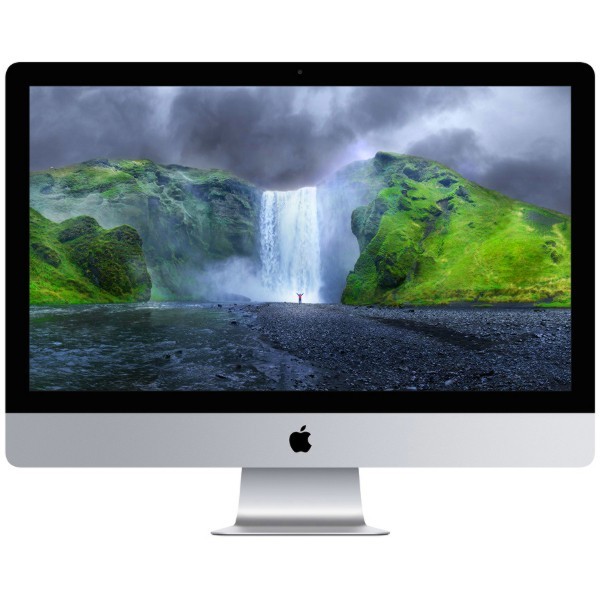 Along with the release of a new version of Mac OS X, dubbed Yosemite, Apple has recently upgraded its iMac product line.

A key feature of the upgrade is its high-resolution 5K Retina displays.

So is the Retina iMac worth a look? It’s time to find out.

The key selling point for the iMac is its large 27-inch (diagonal) LCD/IPS Retina display with a 5120‑by‑2880 pixel resolution.

For storage, it comes with the option of 1 terabyte or 3 terabytes of Fusion Drive storage, or alternatively 256GB, 512GB, or 1TB of flash storage.

It comes with the option of 8, 16 or 32 gigabytes of memory, with four user accessible SO-DIMM slots.

Over at Engadget, Dana Wollman just couldn’t stop staring at the display:

“I just wanna stare at it.” That’s what a colleague said when he first saw the Retina iMac, and even now that I’ve been playing with it for a few days, I feel the same way. The best way I can describe it is this: Unboxing it is kind of like setting up your first HDTV. I didn’t want to do anything for the first few minutes; I just wanted to swap in new desktop backgrounds, each sharper than the last, and see how many details I could pick out. Even the flat new icons in OS X Yosemite look great, but you’re probably going to need some 4K video or high-res photos if you want to make the most of the screen. (I imagine the photo and video enthusiasts this machine is aimed at will have that on hand anyway.) If you can get yourself some nice test pictures, maybe a few shot by professionals, you’ll notice extraordinary detail in everything from leather to reptilian skin. Macro shots, in particular, are about as close as you can get to feeling like you’re looking out a window. (“That’s not OK,” a different colleague said as I showed him this image of an eyeball.) Given the right image, one with accurate colors and impeccable sharpness, there’s little separating that collection of pixels from the real thing.

At TechCrunch, Darrell Etherington praised the new iMac for its performance at tasks such as video editing:

Speaking of 4K video editing, you can see a screenshot above of me editing a sample 4K video file in Final Cut Pro, with the video playing back at full resolution, which still offers room for editing UI in the Final Cut application. I had to hide the inspector in order to fit it in entirely, and maximize the size of the preview window, but it’s still possible, and for video editors working with next-generation film formats, that’s a huge advantage. Running the preview video with playback optimized for performance, I saw no visual hiccups, though maximizing quality did result in a few minor stutters during live rendering. Remember, this is using 4K source files at full resolution, which is pretty amazing.

However, Luke Hopewell at Gizmodo noticed there were some issues when it comes to some content not taking full advantage of the high resolution display:

OS X Yosemite is great to use, but it’s not perfect on the Retina iMac. Unfortunately, it has frame rate issues on animations when it comes to a display of this resolution. Mission Control and the new Notification Centre in particular both drop animation frames something fierce.

It also scales a little weirdly. It ships scaled at a 2560×1440 equivalent resolution, which makes everything look big enough to see but still suitably high-res. Shift it into full 5k mode, however, and things get a little hard to read, even at full zoom. Honestly, the best scale for this is in its 2880×1660 mode, which looks great but still gives you the screen real estate you paid for.

The perennial content availability problem also becomes an issue with an iMac of this screen res. Apple is taking a ‘build it and they will come’ approach to content with the 5k iMac but it’s still weird to buy an insanely high res screen from a company that only sells 1080p movies. Welcome to the content distribution bottleneck, Apple.

Finally, it doesn’t really have the specs for the true high-end video editing (you’ll still want to price up a Mac Pro for that job), but it can get the job done for the most part.

As has seemingly always been the case with the iMac, if getting the best bang for your computing buck is your objective, it’s probably not for you.

Similarly, if you’re a die-hard Windows loyalist, I suspect no screen resolution will convince you to make the switch.

Likewise, for video or graphics design professionals, your needs will probably be better met with the Mac Pro.

However, if you’re an Apple user, and you intend to do high-resolution photo or graphics editing on your new desktop computer, the Retina iMac is an ideal choice.