Apple’s iPhone 6 launch was not enough to prevent its market share slipping in the October quarter: IDC 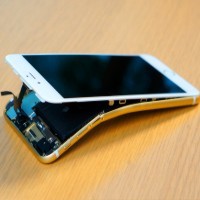 Apple’s share of the global smartphone market slipped slightly during the October quarter despite the release of the iPhone 6, while Chinese vendor Xiaomi is now the world’s third largest smartphone vendor.

The figures, released by IDC, show the global smartphone market grew by 25.2% year-on-year to 327.6 million units, up from 261.7 million units for the same quarter a year ago.

Meanwhile, despite the launch of the iPhone 6, Apple’s growth rate of 16.1% was slower than the overall market, meaning the company’s market share actually fell from 12.9% a year ago to 12%. This was despite its shipments increasing from 33.8 million units to 39.3 million this year.

The big story was Chinese low-cost smartphone maker Xiaomi, which saw its growth explode 211.3% year-on-year, with sales growing from 5.6 million units a year ago to 17.3 million this year.

Lenovo and LG rounded out the top five smartphone makers, with 16.9 and 16.8 million units each.