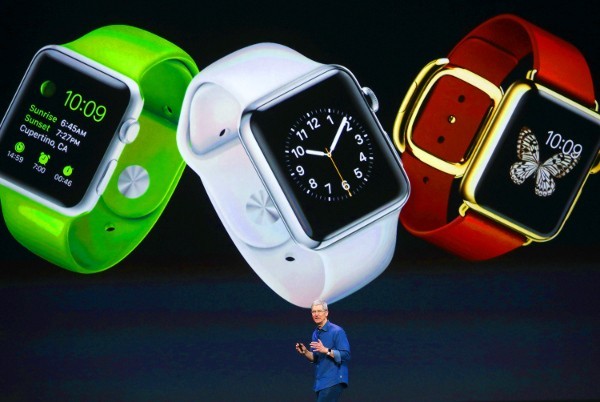 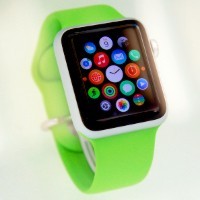 At this point, you would have to be living under a rock to not have heard the news that Apple is about to launch its first smartwatch.

It follows a number of similar devices from some of Apple’s largest competitors. First, there was the Pebble Watch, which kicked off the market through a crowdfunding campaign on Kickstarter.

This was followed by a slew of smartwatches in Samsung’s Gear series, which run its Tizen operating system. The most ambitious of these, the Gear S, attempted to cram a full mobile phone into a watch.

These were followed by Google’s announcement of its Android Wear platform last year, with a number of leading tech brands including Lenovo/Motorola, LG, Asus  and Sony jumping on the bandwagon.

While some of these devices, particularly the Asus ZenWatch and the Moto 360, have been critically praised in terms of design, few have set the world afire in terms of sales so far.

At an event earlier this month, Apple showed off the Apple Watch, which is set to launch on April 24. So is this the device that brings the smartwatch into the mainstream? It’s time to take a first look.

All Apple Watch models will require an iPhone 5 or later to work.

There will be three main models of the device: The low-end $499 Apple Watch Sport, the mid-range $799 Apple Watch, and the premium 18-carrat gold alloy Apple Watch Edition, which will carry an Australian retail price of $14,000.

The devices will be water resistant but not water-proof, and support Wi-Fi (802.11b/g/n at 2.4GHz) and Bluetooth 4.0 connectivity. They include a heart rate sensor, accelerometer and gyroscope. US customers will have access to the Apple Pay function to use the watch as a mobile payment method. Apple also claims the watches will have 18-hour battery life

A common question, raised by Gizmodo’s Sean Hollister, is why people would want a watch when they already have a smartphone in their bag or pocket:

What I don’t quite get about the Apple Watch — at least not yet — is why I also have to use a tiny touchscreen to get anything done.

Basic operation is simple enough: press in the crown or flip your wrist up into a “I’m looking at my watch!” gesture to wake the watch up (because the screen sadly doesn’t stay on) and go to the clock, which can not only tell time but also display up to four customisable “complications” in the four corners of the screen. Date, temperature, your watch’s current battery life… useful little things, and hopefully more on the way.

Press the bottom button to open the friends menu, where you can quickly call or message people right from you wrist.

Another common bone of contention is the user interface. It’s a point Karen Haslam from MacWorld says Apple hasn’t quite gotten right yet:

The Apple Watch isn’t the first ever smartwatch, and it doesn’t really do anything other smartwatches don’t do. But what it does do, we hope it will do better than the competition, thanks to Apple’s user interface expertise. However, our main criticism of the Apple Watch is that the operation isn’t completely intuitive, but it’s likely that with use it will become more familiar and the tools more intuitive. This is a first-generation Apple product, though, and as such we expect that there will be features added to the next generation model that will improve on the Apple Watch as it is now. However, the Apple Watch is all we have right now, and at £299 the entry-level price isn’t too high, we think.

Bloomberg points out that, as is the case with many of its rivals, you need to tether the Apple Watch to an iPhone for it to work properly, and that battery life is very limited compared to conventional watches:

Apple is saying that the watch will provide a “full day” of use on one charge, approximately 18 hours. It’s unclear what that means and how long a charge will last if you’re addicted to Instagram or handle a lot of e-mail. It’s likely to be similar to what you can get from the Moto 360 and a little less than what the Samsung Galaxy Gear S offers. Charging is done inductively through a magnetic pad, and the Apple Watch Edition houses the pad in a leather box meant to mimic the boxes of high-end luxury watches.

A major criticism of the Apple Watch is that while it has Wi-Fi and Bluetooth, it does not have GPS or cellular connectivity, meaning it needs to be tethered to an iPhone to access the internet, map your run, or notify you of e-mail.

Overall, Fortune’s Jason Cipriani is optimistic about the device:

So how do I feel about Apple’s next great gadget? My somewhat brief time with the Watch left me feeling excited and hopeful. It’s clear that Apple thought through every aspect of the first new product released under Tim Cook; there are small, thoughtful features throughout (such as the ability to receive alerts on your Watch when outside of Bluetooth range when both your iPhone and Watch are on the same Wi-Fi network) that demonstrate this.

As I discussed last week in Control Shift, while Apple is far from the first tech company to try its hand at horology, this really is a make-or-break product for the smartwatch industry. As with all new devices, the key factor to watch (no pun intended) will be if a killer app or use-case emerges either from Apple itself or a third party developer.