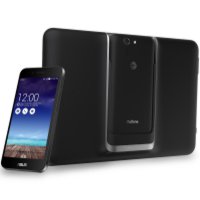 Taiwanese consumer electronics maker Asus is nothing if not innovative in its design, with the company known for producing some devices with unusual form factors.

One such device is its PadFone series of smartphones that can be docked in a full-sized smartphone screen.

SmartCompany has previously reviewed this unusual series of hybrid devices.

Since its initial release, “phablet” devices – larger than a 5-inch smartphone but smaller than a 7-inch tablet – have become increasingly popular. Why carry a tablet screen and a smartphone when you can have a medium-sized device that does the work of both?

Meanwhile, cloud storage services such as Google Drive, Microsoft OneDrive, DropBox, and Apple iCloud have come in leaps and bounds, allowing people who want both a smartphone and a tablet to be able to more easily sync the contents of both devices.

Given this, is there still room in the market for a smartphone with a tablet dock?

To find out, it’s time to take a look at the latest incarnation, the PadFone X.

The PadFone X in a 5-inch Full HD LTE smartphone that can dock in a 9-inch Full HD tablet dock. Based on Qualcomm Snapdragon 800 2.3GHz quad-core processor, it runs Android 4.4 KitKat.

It includes a 2330 mAh smartphone battery, while the dock comes with an additional 4990 mAh battery.

It comes in any colour you like, as long as it’s black, with 16 gigabytes of storage and 2 gigabytes of RAM, expandable to 64 gigabytes by microSD.

First, the good news. Like most other Asus devices, the PadFone X runs a version of Android that’s close to stock. For Matthew Miller of ZDNet, this is a positive. However, when it comes to moving from mobile to tablet, there’s an unusual flaw with the web browser:

The PadFone X runs Android 4.4.2 KitKat and offers a nearly pure Google experience. You will find a few Asus utilites, modifications to the lock screen, and a custom notifications area. If you don’t like all the bells and whistles of an HTC, Samsung, or LG phone, then you may like the purist PadFone X.

I particularly like using email and the calendar in tablet form. Unfortunately, the web browser (Chrome and standard included one) don’t switch into desktop mode so you get all the mobile sites just like you would on your phone.

According to Consumer Reports, switching between tablet and smartphone modes can be a mixed bag on other apps as well:

You can switch from smart phone to tablet without losing your place in an app, such as e-mail or the calendar and even the camera. What’s more, the apps automatically optimize their layouts for the screens on which they’re viewed. For example, the e-mail inbox on the phone is just a list of incoming messages, but pop the phone into the PadFone Station and you’ll see an additional column for Drafts, Sent, Trash, and other folders—just like on a tablet.

Some apps for e-mail, calendar, camera, and photo gallery transition smoothly when you switch between smart phone and tablet modes, a process Asus calls Dynamic Display. But other popular apps, including Facebook and Gmail, aren’t yet supported, so you have to restart them and lose your place if you’re in the middle of doing something, such as composing an e-mail or reading a post.

The Wall Street Journal’s Joanna Stern notes that many of the benefits of the PadFone form factor can be achieved on other devices through cloud-based sync features. Meanwhile, a tablet dock thick enough to dock a tablet leads to quite a bulky form factor:

Thanks to the cloud, I don’t ever wish I could plug my phone into my iPad. Netflix lets me pick up right where I left off in a movie, the Kindle app saves the page I’m on in my book and Google Docs does the same for an article I’m working on. Just this week, Apple announced call syncing, wireless file transfers and other new ways to keep Macs, iPhones and iPads in lock step.

And to provide this so-called convenience, the whole PadFone package turned out to be exceedingly bulky. The phone is so chunky and unsightly, I found it hard to size it up seriously against its closest competitors. The rounded black brushed-metal edges and bulky design reminded me of LG and HTC phones—from five years ago.

In terms of the camera, the PadFone X is reasonable at still images, but less so with video, according to Chris Velazco of Engadget. On the upside, the processor allows for good performance when running apps:

Images captured at full resolution during the day with that 13-megapixel camera were sufficiently vivid (if a tad noisy), and were detailed enough to reassure me that I wasn’t missing anything crucial… Footage recorded at 1080p was perfectly adequate, though colors didn’t pop as much as I would’ve hoped for, and there was still a bit of noise creeping in where it shouldn’t have. Oh, the Padfone X records video in 4K too, though it’s not like the screen will actually show you your footage in all its glory.

Pardon the metaphor — long story short, the X has power in spades thanks to the 2.3GHz quad-core Snapdragon 800 ticking away in that woefully unimaginative shell. It’s not Qualcomm’s newest bit of silicon magic, but make no mistake: The Padfone X runs like a champ. Part of that has to do with ASUS’ mercifully light touch with software, letting KitKat’s natural snappiness shine through as you flick past home screens and dive into menus.

The big problem appears to be that Android – and many of its apps – were not designed with the rapid switching between a 9-inch screen and 5-inch screen in mind.

In terms of experience, this means the experience you will get is not as good as you would get with a dedicated tablet and separate smartphone.

Meanwhile, in terms of syncing content between devices, it’s a problem that has for the most part been solved already through cloud-based services.

And ultimately, this is the biggest problem with any device that tries to be more than one thing. While not terrible, the PadFone X is not as good a smartphone as the best on the market, and not as good a tablet as a dedicated tablet.