Asus smartwatch on the way 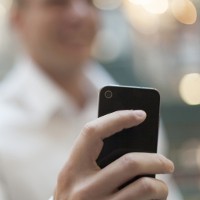 Sources say that company is targeting a September launch window and the device will feature an AMOLED display, priced lower than LG and Samsung’s current smartwatch offerings.

The company chose not to launch the product with Google’s Android Wear announcement because it did not want to rush its efforts.

Earlier this year Asus told phonearena.com that its smartwatch would feature gesture based and voice commands as well as a “more natural interface”, however, it is unclear whether or not that report is referring to the same project as the one being discussed by TechCrunch’s source.