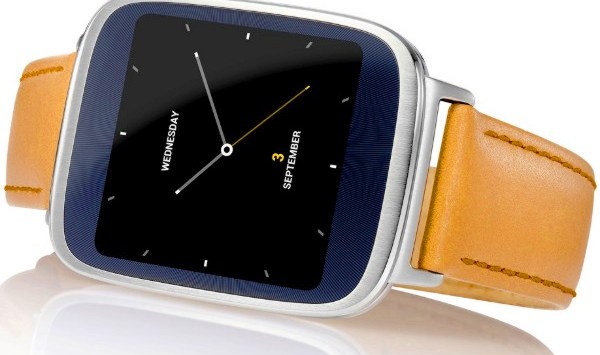 One of the hottest new categories of gadgets in recent times has been the smartwatch.

Following Google’s announcement of its Android Wear platform last year, a number of major tech brands including Lenovo/Motorola, LG and Sony have all jumped aboard the bandwagon. These devices followed pioneering efforts from Pebble and Samsung.

In turn, the hype around wearables is set to grow even bigger, with Apple promising its Apple Watch will be released sometime in the first half of this year.

One of the newest entrants in this increasingly crowded marketplace is Asus, with its ZenWatch.

So does Asus have the zen to create a great smartwatch? It’s time to find out.

The Asus ZenWatch is an Android Gear smartwatch powered by a Qualcomm Snapdragon 400 1.2GHz processor.

It comes with a charging cradle and includes a built-in microphone, 512 megabytes of RAM and built-in bio sensor.

The watch is comprised of a silver and rose gold body weighing 50 grams and brown leather strap weighing 25 grams.

Darren Orf at Gizmodo writes that, despite his dislike of the colour of the brown leather wristband, the ZenWatch is easily one of the most stylish smartwatches on the market:

Until recently, smartwatches have really looked like smartwatches, resembling sci-fi wrist computers rather than things you’d want to wear every day. Samsung’s Gear lineup certainly doesn’t do much to hide its wrist-wearable pride and bulky entrants from LG and Motorola didn’t help much either. They have trouble blending into the average person’s wardrobe. For some that’s just fine — and for others not so much.

The ZenWatch is for the others, the people who want something that looks great and also provides great smartwatch-y capabilities.

It’s easily the best square-faced Android Wear device out there as it actually looks like a well-designed fashion accessory first and a smartwatch second. In comparison, the LG G Watch, Sony Smartwatch 3, and Samsung Gear Live all fall short on style.

In terms of functionality, Dan Seifert at The Verge points out that while the ZenWatch’s software has the same limitations as all other Android Wear devices, it does come preinstalled with some handy (and not so handy) apps.

The ZenWatch runs the same Android Wear software as smartwatches from LG, Samsung, Sony, and Motorola, and it has the same set of features and limitations. We’ve already gone in depth on Android Wear numerous times, so I encourage you to check out those earlier reviews if you’re not familiar with it. Basically: you can see all of your phone’s notifications on your wrist, send messages or perform Google searches with your voice, or do things like control your smart lights with one of the many apps that have been developed. It’s a powerful platform, but still has a number of usability and reliability issues, which prevents me from recommending it to anyone without reservations.

Asus isn’t able to change the main interface of Android Wear (Google doesn’t allow it), but it did add a few apps of its own for both the watch and your smartphone. The ZenWatch has a number of attractive exclusive watch faces that complement its more elegant design. Some of those can be customised to display extra information such as step count, watch battery life, phone battery life, or current weather conditions using Asus’ smartphone app. I’m particularly fond of the large digital face that I’ve set to also display the date, my step count, phone battery, and weather. There’s a camera remote, which turns the watch into a viewfinder for your phone’s camera, along with a compass and a flashlight app that displays a solid colour on the ZenWatch’s display. (That last one’s not very useful.)

AndroidPolice’sRyan Whitwam says the AMOLED screen on the ZenWatch really pops in terms of colour:

The Asus ZenWatch is a square watch, though I think “squircle” might be a more accurate description of the shape… Like the device itself, the ZenWatch’s screen is a square with rounded corners. Well, part of the bezel covers the corners to give it a more rounded look. I’m sure the actual panel is square, but that’s beside the point. This device packs a 1.63-inch AMOLED screen with a resolution of 320×320. Because we’re talking about AMOLED, the black levels are perfect and colours really pop. The display looks great when it’s awake, but it’s a little weird in ambient mode.

But as Chris Velazco at Engadget notes, looks aside, there is little to set the ZenWatch apart from the competition:

There’s still no such thing as a perfect Android Wear watch, but Asus’ first offering sadly doesn’t do much to stand above the crowd. The ZenWatch’s design is the biggest reason to own one — it’s subtly stylish and comfortable in a way that other players’ efforts just aren’t. All things considered, ASUS has a solid grasp on the smartwatch basics, but I spent my weeks with the thing hoping to be pleasantly surprised by more than how good it looks. Performance is on par with the rest of the pack. Battery life is better than middle of the road, but only just. Needless to say, that pleasant surprise never came.

Until now, many smartwatches have looked more like miniature smartphones rather than functional pieces of jewellery.

If you’ve been interested in purchasing a smartwatch but been put off by some of the chunky designs currently on offer, the ZenWatch is for you.

However, aesthetics aside, there’s precious little else that really sets this device apart from the crowd.