Pablo Bonilla Ataides — 21-year-old student from the University of Sydney — has attracted the attention of researchers worldwide, including Amazon, for a ‘simple but ingenious’ change to quantum error correcting code.

The science student has been able to tweak computing code that will effectively double its capacity to correct errors in the quantum machines being designed in the emerging technology sector.

And, his finding has researchers from the AWS Center for Quantum Computing and the quantum technology programs at Yale University and Duke University in the United States very interested.

Ataides, who is now an honours student, said that one of the reasons quantum technology remains in its infancy is because researchers have not been able to stabilise the machines that produce so many errors.

“In second-year physics I was asked to look at some commonly used error correcting code to see if we could improve it.

“By flipping half of the quantum switches, or qubits, in our design, we found we could effectively double our ability to suppress errors,” Ataides said. 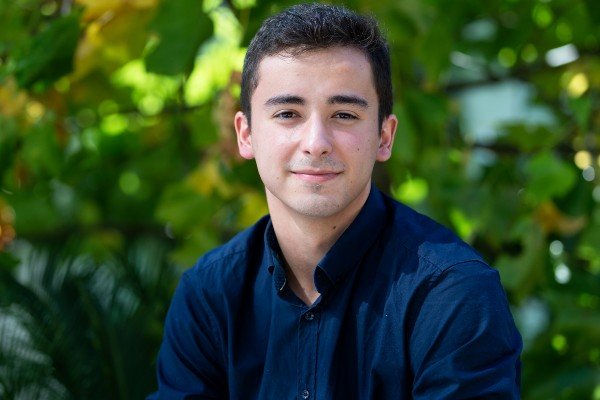 The ‘switches’ in quantum computers, known as qubits, are particularly sensitive to interference, or ‘noise’, from the external environment. This feature differentiates quantum computers from classical computers whose digital transistors or ‘switches’ run the phones and laptops most people use.

In order to make quantum machines work, scientists need to produce a large number of high-quality qubits. This can be done by improving the machines so they are less noisy and by using some capacity of the machines to suppress qubit errors below a certain threshold in order for them to be useful.

Yale University assistant professor Shruti Puri from the quantum research program said her team is interested in using Ataides’ new findings for its work. She said she was amazed by the ‘sheer elegance of the new code’.

“It’s remarkable error-correcting properties are coming from a simple modification to a code that has been studied extensively for almost two decades,” Assistant Professor Puri said.

“With this new code, I believe, we have considerably shortened the timeline to achieve scalable quantum computation.”

Ataides is named as the lead author in an article published today in Nature Communications.

“The AWS Center for Quantum Computing team looks forward to collaborating further as we explore other promising alternatives to bring new, more powerful computing technologies one step closer to reality,” he said.

Plus exclusiveLet’s get fungible: Breaking down NFTs, where they’re sold, and why they’re exploding in popularity

Heard about NFTs but not really sure if you understand them? This cheat sheet breaks it down for you so that you can see if there's an opportunity for your business.

Planning for disruption: Why every employee, manager and student should learn to code

We are all living and working in a digital economy, yet most people don't know about the basic building blocks of this software-rich world.