Aussie medical startup gets the seal of approval from Bill Gates 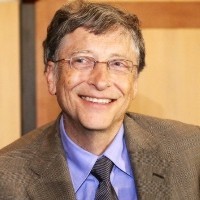 Australian startup Eyenaemia’s app that allows users to diagnose anaemia by taking selfies “has real potential” to solve a problem that disproportionately affects the world’s poor, according to Microsoft founder Bill Gates.

Eyenaemia was founded by Melbourne medicine students Jarrel Seah and Jennifer Tang and earlier this year was crowned world champions at the 2014 Microsoft Imagine Cup. The app, which is designed to work on both smartphones and feature phones, allows users to take photos of their eye in order to calculate their risk of anaemia.

Part of the duo’s prize was a meeting with the Gates office in Seattle.

On his blog, Gates says he was excited to meet bright young people that are using their talents to solve problems that disproportionally affects the world’s poor.

“I could see a future version for Eyenaemia being used in developing countries, especially with pregnant women, since anaemia contributes to nearly 20% of deaths during pregnancy,” he says.

“So the tool has real promise.”

Tang and Seah say they were both a little star struck in the meeting, but are thrilled with the validation Gates’s praise provides.

“It’s great, we’ve always been very passionate, but to have someone like Bill Gates say it’s got potential, it’s very humbling for us, and gives us the drive to keep going,” Tang says.

“It’s very thrilling. I don’t think many people can say Bill Gates has talked about you,” Seah says with a laugh.

Gates says the challenge for Tang and Seah now is to keep on improving their product.

“He had a lot of suggestions as to where we’re supposed to bring this. We need to validate this in developing countries,” Teah says.

To do that, Eyenaemia is negotiating with a number of NGOs, including the Bill and Melinda Gates Foundation to work out the best way to do that. The $50,000 prize they received for winning the Imagine Cup will help, but the duo say they’ll be applying for grants to help develop the app further.

The two Monash University medicine students have no plans to halt their studies to work on the startup.