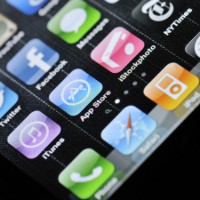 Australia’s tech jobs market is booming, with the rate of growth for tech jobs outpacing both the US and the UK, according to a new report by the Progressive Policy Institute.

The report measured the creation of “core” app economy jobs, defined as jobs that directly “develop, maintain, or support” mobile applications. On top of these, the statistics also measured “indirect” jobs that support app developers in fields such as human resources or management.

This growth rate has meant the overall number of people employed in computer related jobs in Australia has surged by 38.5% since Android smartphones were first introduced in 2008. This is a significantly faster growth rate than either the US (22.2%) or the UK (10.1%).

The development of mobile apps now directly or indirectly accounts for 9.4% of all ICT jobs in Australia, a rate higher than either the US (8.4%) or the UK(7.6%).

“The major take-away is that Australia has a good start on the digital economy, especially when viewed from the perspective of mobile apps. This debate is at a fever pitch in both the United States and Europe, especially after the recent NSA revelations.,” Mandel says.

“As this sector continues to expand globally, this opens up new opportunities for Australia to become an exporter of apps and app-related services, especially given the current international importance of English-language markets.”

Mandel warns there are also important lessons in the figures for Australian government policymakers.

“It’s important for policymakers to strike the right balance between essential and excessive regulation, especially in areas such as data privacy,” Mandel says.

“However, a general principle is that the tighter the regulations, the more obstacles in the path of the growth of the rapidly innovating app economy.”