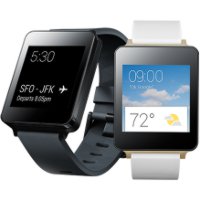 Australians will miss out on the initial rollout of LG’s new Android Wear-powered smartwatch, the LG G Watch, but the tech giant says the devices will be “available soon” from Australian retailers.

In a statement, LG says Australia will not be one of the 12 markets able to pre-order the device following its official announcement at Google I/O.

“The LG G Watch will be available for pre-order on the Google Play Store starting June 25 in 12 countries including key markets such as the United States, Canada, UK, France, Germany, Italy, Spain, South Korea and Japan,” said the company.

“The LG G Watch will also be available soon after at retailers in 27 markets such as Australia, Brazil, Mexico, New Zealand, Singapore and Russia.”

It can connect over Bluetooth 4.0 to smartphones and tablets running Android 4.0 and higher, is powered by a 400mAh battery, and is dust and water resistant.

In terms of colours, it will be available in either a white gold or black titan version.