Battle of the apps: Yo drops copyright infringement complaint against Oi! 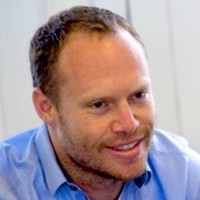 A copyright battle between two single-word messaging apps appears to be over before it even got started.

However, Yo has since dropped the complaint it lodged with Apple, along with a number of similar complaints against other app makers, with founder Or Arbel telling SmartCompany the complaints have been retracted.

“We launched a complaint against Yo clones that look exactly, act exactly and have the same app store description,” says Arbel.

“After clarification from some of the app owners we have retracted our claims against them.”

Yo is a social media app that allows users to send messages using just one word: Yo. Since launching on April 1, the app has raised $1 million in funding from high-profile investors and inspired a number of clones.

In contrast, Oi! is aimed at the business-to-business market and allows two devices to send a contract-free push notification to each other.

But Oi! co-founder Chhai Thach told SmartCompany he and business partner Steve Barratt have still not received any official notification from Yo that the complaint has been dropped.

“They have been quite unresponsive,” says Thach. “We even tried to deal with them previously, before we started Oi!, we wanted them to improve the Yo API, but we had no contact.”

Thach says he has spoken to other app developers who were the subject of complaints from Yo and they have had similar experiences.

While Thach says Oi! is not at all a “clone” of Yo as it has different functionality and features, he admits the Oi! team did “make some plans” in the event they were forced to take their app from the Apple appstore.

“We were a bit worried, particularly because of the use of a single-sound name,” says Thach.

Thach says Oi! had only been available from the appstore for less than a week when they were notified of the complaint and now that it appears the complaint has been dropped, the team has “some breathing space” to focus on their “big plans” for the app.

The Oi! app for Android will be released in coming days, and Thach says Oi! is also in discussions with a smartphone developer to allow users to receive a notification from Oi! while driving, eliminating any need to answer their phones while driving.

Dennis Benjamin, founder and chief executive of mobile apps specialist AppsWiz, told SmartCompany apps can be protected in the same way as other software products, but he says developers need to determine the best form of protection for the particular app.

“Is it at the trademark level? Is it protection of copyright? Or is protection of the novelty aspect of the app?” says Benjamin. “Each question needs to be carefully considered.”

Benjamin says developers should seek to protect their apps as early as possible in the development process, but warns it can be an expensive process.

“You can protect an app that is unique but make sure you’ve done your homework and have deep pockets if you are going to embark on a fight,” he says.

“There are steps you can take to keep costs to a minimum,” says Benjamin. “It’s important to be prudent in how you manage the process.”

But Thach rejects any suggestion app developers need to be wary of stepping on the toes of other developers when launching their own products.

“Millions of people have the same ideas at any time and you can’t copyright ideas,” he says. “We live off ideas and you can’t restrict that.”