Best of the web: The myth of AI; why Thiel loves monopolies; and the real difference between Apple and Android fans 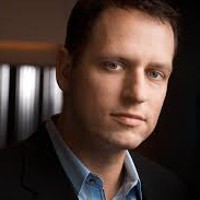 While many of us were horrified a few years ago when the Supreme Court in the US decided corporations were people, this article covers the issues raised around that from another angle.

The issue, according to this piece is that “the tech companies, which are becoming the most profitable, the fastest rising, the richest companies, with the most cash on hand, are essentially people for a different reason than that. They might be people because the Supreme Court said so, but they’re essentially algorithms.”

Algorithms run some of the biggest companies in the world. Think Google or Amazon.

“The distinction between a corporation and an algorithm is fading. Does that make an algorithm a person? Here we have this interesting confluence between two totally different worlds. We have the world of money and politics and the so-called conservative Supreme Court, with this other world of what we can call artificial intelligence, which is a movement within the technical culture to find an equivalence between computers and people. In both cases, there’s an intellectual tradition that goes back many decades. Previously they’d been separated; they’d been worlds apart. Now, suddenly they’ve been intertwined.”

It’s a pretty scary future, when you extrapolate it. This article raises some important questions and insights around a future fuelled by AI, and why so much of how we think about it, is in fact a myth.

Inside the mind of Peter Thiel

His name is galvanising, but Vox wanted an insight into the mind of the man, they describe as “an interesting guy. And a controversial one.”

It’s a Q and A style that starts with a question Thiel asks every job applicant: “What important truths do you believe that very few people agree with you on?”

His answer is admittedly telling, and disturbing. “That as a business, you should strive for monopoly, and that competition is very overrated,” Thiel says.

“Competition makes us better at that which we’re competing on, but it narrows our focus to beating the people around us. It distracts us from things that are more valuable or more important or more meaningful.”

So, essentially, Thiel believes monopolies should rule the world, to make it a more beautiful place.

And, if you’ve failed (and who hasn’t at some stage), Thiel has some views on that too.

“One of the ideas I’m very skeptical of is that people learn from failure,” Thiel says. “I think, in practice, failure’s really demotivating. Hopefully, you have the character to persevere and keep going, but I think the default is that failure is powerfully demotivating. But success is very motivating.”

The difference between Apple and Android owners

According to Business Insider, “Apple owners tend to have more spare cash and tend to be from a higher social grade than people with Android phones.”

They know this because they used a new tool released by a UK marketing research firm called YouGov, which allows you to “search for any brand, famous personality, sports team, political leader, or music artist and find out what differentiates their customers and fans from the rest of the pack”.

Here are some other facts about Apple and Android fans that might not be so obvious, but which the tool revealed:

The possibilities of what you can find out seem both endless, and a little evil too.