Bigcommerce makes a big move into the enterprise e-commerce market 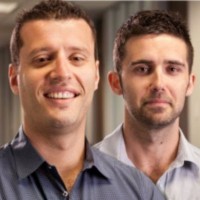 The move comes just weeks after Bigcommerce made its first acquisition, buying payments platform Zing for an undisclosed sum in late April. The deal was aimed at boosting its omni-channel retail capabilities through partnerships with point-of-sale providers Square, Lightspeed and NCR Silver.

The company has grown rapidly since being launched by Sydney-based entrepreneurs Eddie Machaalani and Mitch Harper in 2010. It raised $50 million in Series D funding in November last year led by SoftBank Capital and including Telstra Ventures, American Express, General Catalyst and Revolution Growth.