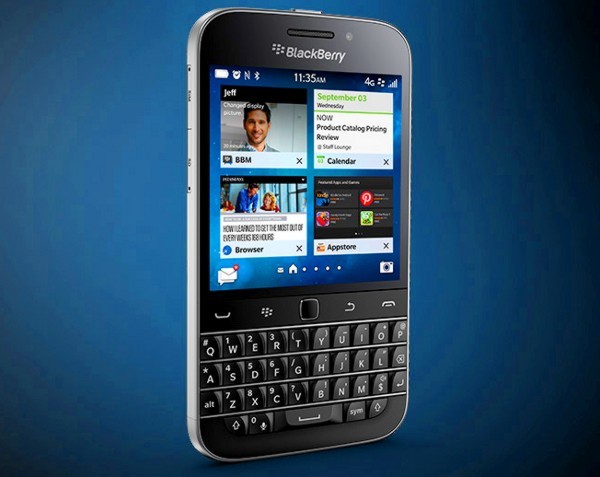 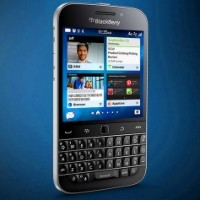 Back in late January, BlackBerry released the Classic in Australia. The device is part of a broader turnaround strategy put in place by chief executive John Chen. That strategy, on the one hand, has seen BlackBerry transform into a cross-platform mobile messaging, secure workspace and Internet of Things (IoT) cloud service and software provider, that supports Android, Apple and Windows devices.

On the smartphone side, BlackBerry has added Amazon’s app store, giving users access to thousands of Android apps across its BlackBerry 10 platform, with touchscreen smartphones that also feature physical keyboards.

So is it worth taking another look at BlackBerry? It’s time to find out.

The BlackBerry Classic runs BlackBerry 10.3, and can run Android apps from the Amazon Appstore.

As with older BlackBerry devices, the Classic features a 35-key backlit keyboard, along with a square 3.5-inch display (smaller than the 4.5-inch square display on the BlackBerry Passport) and a 720×720 (294 pixel-per-inch) resolution.

It comes with 16 gigabytes of internal storage, expandable by microSD, an 8-megapixel rear camera, and is powered by a 2515 mAh (larger than the 1810 mAh battery in the iPhone 6, but smaller than the Samsung Galaxy S5’s 2800 mAh battery).

The BlackBerry Classic comes preinstalled with BlackBerry Blend. This allows users to view the BBM, text messages, email, calendar, their corporate intranet and important files on their smartphone through their PC or tablet over a secure connection.

If you were comparing iPhones and Android devices, most people would agree that it would be unfair to compare an iPhone 4 to the latest Samsung Galaxy S6. Likewise, you wouldn’t compare an old Motorola XT5 to the iPhone 6 Plus if you wanted a fair comparison.

Yet there are many people who are quite content to compare the BlackBerry Bold they remember using six or seven years ago to the latest technology on the other platforms, and claiming it’s a fair comparison. Really it isn’t.

So what’s changed as far as the software goes since you used that old BlackBerry Bold? Literally, everything.

With BlackBerry 10, BlackBerry created an all-new, touch-based operating system from scratch. It is compatible with Android apps from the Amazon store, so installing something like Spotify is easy, while many popular social media platforms (including Facebook and Twitter) come preinstalled.

After switching your phone on, you start on the home screen.

Swiping across from the left-hand side of the screen brings you to BlackBerry Hub, a unified inbox for all your emails, tweets, SMS and BBM text messages, Facebook and LinkedIn updates, and other social media notifications. There’s a notification light on the front of the device that alerts you to unread messages in the Hub.

Swiping to the right brings you to the apps menu and, as with other platforms, you are able to group your apps into folders.

After starting an app, if you hit the phone key, it puts a Windows Phone-style tile on the home screen. As with Windows Phone, this makes it really easy to multitask and see at a glance what’s happening in all your apps.

And, as with Android and most other platforms, swiping from the top brings you a notifications and settings panel.

While it’s certainly a different user experience to Windows Phone, iOS or Android, once you’re used to it, it becomes intuitive very quickly.

One of the big positives about this device is it features a solid physical keyboard. If you’ve used a BlackBerry in the past, getting used to the physical keyboard is a bit like riding a bicycle. In fact, it can be a refreshing change to tapping away on a glass screen only to have autocorrect suggest the wrong word.

As for the downside, as with any mobile platform, there is a learning curve when it comes to using BlackBerry 10. Inevitably, whether your current smartphone is an Android or iPhone, you will find things work slightly differently than they do on other platforms.

As with any other platform, if you’re switching, allow yourself a little time to play around with the device and get used to it.

Ultimately, whether or not you like this phone will probably come down to the keyboard.

If you’ve ever used a BlackBerry in the past and hoped a device would come along that brings together modern apps and a touch screen with a classic keyboard, this is the device you’ve been waiting for. Likewise, if you do a lot of mobile messaging, emails, social media or word processing on the go, having a real BlackBerry style keyboard is a nice change to tapping on a glass screen.

Just make sure you give yourself enough time to get used to BlackBerry 10 when you try it out.

This review is based on a test unit borrowed from BlackBerry.