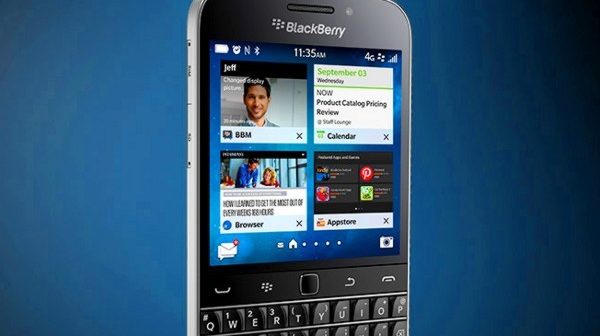 The BlackBerry Classic smartphone has launched in Australia, with the business-focused Android app-compatible smartphone now available through Telstra.

The BlackBerry Classic runs BlackBerry 10, and can run both BlackBerry apps from BlackBerry World or Android apps through the Amazon Appstore.

As with older BlackBerry devices, the Classic features a 35-key backlit keyboard, along with a square 3.5-inch display (smaller than the 4.5-inch square display on the BlackBerry Passport) and a 720×720 (294 pixel-per-inch) resolution.

It comes with 16 gigabytes of internal storage, expandable by microSD, an 8-megapixel rear camera, and is powered by a 2515 mAh (larger than the 1810 mAh battery in the iPhone 6, but smaller than the Samsung Galaxy S5’s 2800 mAh battery).

The BlackBerry Classic comes preinstalled with BlackBerry Blend. This allows users to view the BBM, text messages, email, calendar, their corporate intranet and important files on their smartphone through their PC or tablet over a secure connection.