BlackBerry responds to Google including Samsung Knox with Android L 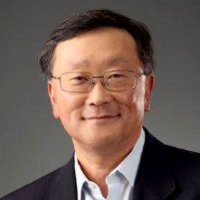 BlackBerry chief executive John Chen has responded to Google’s announcement it is including Samsung Knox as part of Android L.

At the recent Google I/O conference, the tech giant announced the latest version of its Android operating system will include Samsung’s Mobile Device Management and containerisation platform, known as Knox.

As with BlackBerry Balance or BlackBerry Enterprise Server, Samsung Knox separates an employee’s work-related apps, emails, messages and contacts from their personal ones.

In a statement, Chen describes Knox as building a “fortress upon an insecure foundation”.

“Knox does help to shore up Android’s gaps. Like our own BlackBerry Balance, it uses containers to protect confidential work apps and data by segregating them from personal data,” Chen says.