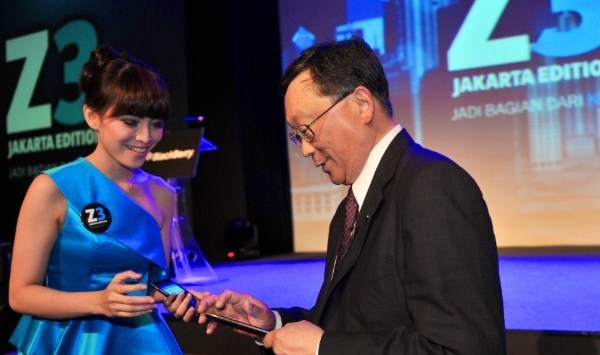 BlackBerry has shot down reports Samsung was in talks to buy the company, as its social media staff made an embarrassing gaffe on its Twitter accounts.

Reuters reports Samsung was interested buying the smartphone maker for as much as $US7.5 billion in a play for the Canadian embedded systems, messaging and smartphone maker’s extensive patent portfolio.

The report claimed “executives from the two companies, which are working with advisers, met last week to discuss a potential transaction”.

But soon after the report was published, BlackBerry said in a statement on its website there is no truth to speculation about a “possible offer by Samsung to purchase BlackBerry”.

“BlackBerry has not engaged in discussions with Samsung with respect to any possible offer to purchase BlackBerry. BlackBerry’s policy is not to comment on rumors or speculation, and accordingly it does not intend to comment further,” BlackBerry said.

The news came as The Verge reported Blackberry had sent a subsequently deleted tweet about its new BlackBerry Classic from an iPhone. It comes after LG France made a similar gaffe late last year, posting images mocking Apple’s Bendgate scandal from an iPhone.