Broadband internet downloads on the brink of an exabyte of data, but the future looks mobile 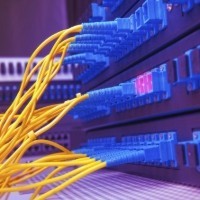 We’ve heard if often enough, but now the numbers are in: The future is mobile if data from the latest Australian Bureau of Statistics (ABS) survey is anything to go by.

On the broadband front, Australians downloaded nearly a million terabytes – about one exabyte of data in the three months to June this year.

“Overall, there was a 16% increase on broadband downloads in the three months to December last year,” said Lesley Martin from the ABS. “But if you look solely at mobile handsets, then downloads jumped by 40%.”

“Exactly five years ago, for the three months ended June 2009, we were just about to hit 100,000 terabytes of downloads, so today’s result makes a tenfold increase in just five years.”

“The increase reflects the dominance of broadband, Australia’s continuing appetite for the internet and particularly the swing towards higher download speeds,” said Martin.

The survey also found that two-thirds of broadband subscribers had download speeds of eight Mbps or greater, and that mobile wireless is the most prevalent internet technology in Australia, accounting for half of all connections.