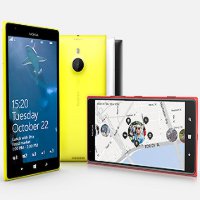 Microsoft is reportedly preparing to finally end the use of the “Nokia” brand for its mobile phone division, with its smartphones set to be marketed solely under the Microsoft Lumia brand.

The move comes after Microsoft completed its $7.8 billion ($US7.2 billion) takeover of Nokia’s mobile phone devices and services arm, in a deal that closed in April of this year.

Under the deal, Nokia retained its NSN network equipment, HERE Maps and advanced R&D businesses, with its patent library licenced to Microsoft.

Despite the division being officially known as Microsoft Mobile, the company’s smartphones and tablets have still been marketed in some instances as “Nokia Lumia” devices.

That practice is set to end, according to a report appearing on The Verge, the transition is set to begin in France where the company’s official Nokia France accounts are set to be switched to Microsoft Lumia ones, with other countries set to follow.

The Verge also reports Microsoft is also set to drop the Nokia brand in its advertising during the lead-up to Christmas, with references to “Windows Phone” to be replaced with just Windows.