Can a hacker really cause a plane to crash; Why Mozilla’s $25 Firefox OS smartphones failed to catch on: Best of the Web 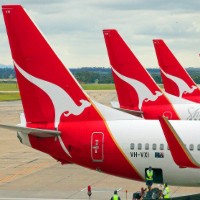 Recently, security researcher Chris Roberts was arrested by the FBI after claiming he could hijack an aeroplane using a laptop, an in-flight entertainment system and the right cables.

Understandably, airlines and aircraft makers were quick to hose down speculation of a critical flaw that could allow a skilled hacker to hijack an aeroplane.

But the question anyone who flies really wants to know is whether there’s any truth to Roberts’ claim. It’s a topic investigated by Kim Zetter in Wired:

When security researcher Chris Roberts was removed from a United flight last month after tweeting a joke about hacking the plane’s inflight entertainment system, the security community was aghast at the FBI’s over-reaction and United’s decision to ban him from a subsequent flight.

Equal to the clamor over the alleged actions, however, was that over the veracity of the claim. Many insisted that either the FBI had misunderstood Roberts, or the researcher had spun them a tall tale. Boeing and independent aviation experts asserted that what the FBI affidavit described was technically impossible.

The statement seemed a contradiction in terms, though. Were the avionics and infotainment networks connected by communication links or were they isolated? And if connected, how could Boeing be certain a hacker couldn’t leap from the entertainment system to the avionics system and manipulate controls? After all, a report released last month by the Government Accountability Office raised this very concern, as did an FAA document issued to Boeing in 2008.

At the Mobile World Congress last year, Firefox-maker Mozilla unveiled a bold plan to capture a slice of the mobile phone market with a $25 smartphone. The price-tag certainly gained headlines at the time.

This past week, Mozilla admitted that $25 smartphones aren’t enough for it to compete against tech giants such as Apple, Google, Samsung and Microsoft in the smartphone market. CNet’s Stephen Shankland examines where the Firefox maker went wrong:

Mozilla has revamped its Firefox OS mobile software project after concluding that ultra-affordable $25 handsets aren’t enough to take on the biggest powers of the smartphone world, CNET has learned.

Mozilla is in a hard place, said Avi Greengart, an analyst with Current Analysis: apps are at the heart of the mobile market today, and Android and iOS dominate that world.

“If you are going to try to play in that world, you need to offer something that is so valuable that people are willing to give up access to the broader ecosystem,” he said. “In the mass market, that’s basically impossible.”

Mozilla’s plight could affect even those who don’t use its software. The group has worked for more than a decade to make the Web more powerful and to give people control over their online lives despite prying governments and money-hungry corporations. Plenty of people would like to see those values in the mobile market even if their phone doesn’t sport Mozilla’s orange fox icon, but those values just aren’t in play today.

Over at the Washington Post, Katrin Park has put together a PowerPoint presentation containing what she claims are the world’s worst abuses of the ubiquitous presentation software.

Even if you disagree with Park’s contention that the program should be banned, there are nonetheless some valuable lessons about how to use it effectively (and more importantly, what to avoid doing) in your business.

Invented in 1987, the Microsoft presentation software PowerPoint is reportedly installed on more than 1 billion computers around the world. It is estimated that more than 30 million PowerPoint presentations are given every day. But as PowerPoint conquered the world, critics have piled on. And justifiably so. Its slides are oversimplified, and bullet points omit the complexities of nearly any issue. The slides are designed to skip the learning process, which — when it works — involves dialogue, eye-to-eye contact and discussions. Of course PowerPoint has merits — it can help businesses with their sales pitches or let teachers introduce technology into the classroom. But instead of being used as a means for a dynamic engagement, it has become a poor substitute for longer, well-thought-out briefings and technical reports. It has become a crutch.

This past week, Hyundai released a security update for its 2015 Sonatas that allows owners to update its system software to Android Auto. Over at Network World, Steven Max Patterson investigates what it’s like to drive a Google-powered car.

Android Auto, a product that up until now was only talked about by industry insiders and journalists, just shipped this week.

Well, it didn’t really ship, because it is being released as a software update to the 2015 Hyundai Sonata that existing owners can download. It will also be factory-installed on new models. Android Auto is an attempt to incorporate the convenience and safety of pairing a smartphone to a car without the distraction. It also points out that the car has become a software-driven mobile device, not unlike computers and smartphones.